Tannhäuser Tuesday Will Return Next Week

I'm out sick, but Tannhäuser Tuesday will return next week. littlewars has posted this sneak peak for October's U-Chronic Token of the Month. 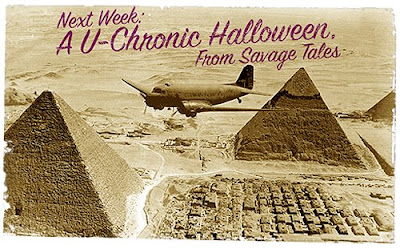 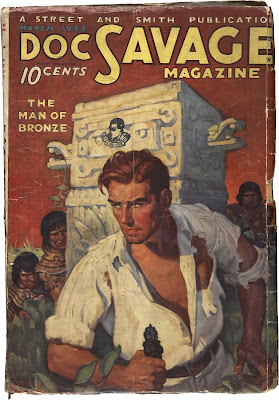 Heritage auctions currently has a complete run of all the original Doc Savage pulps for sale.

Check it out here.
Posted by Pete Miller at 11:53 PM No comments: 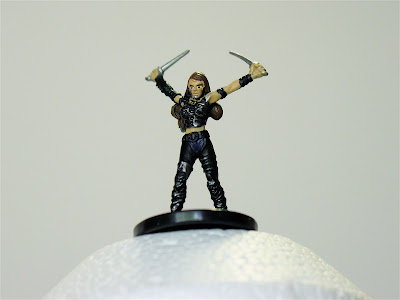 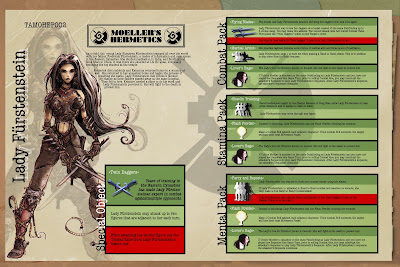 You can get the full size 2-page spread here. 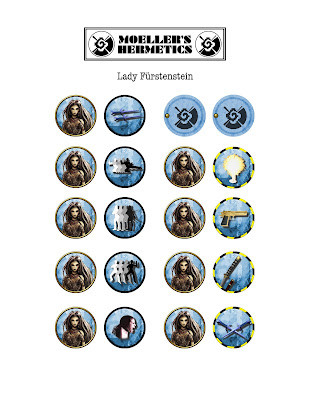 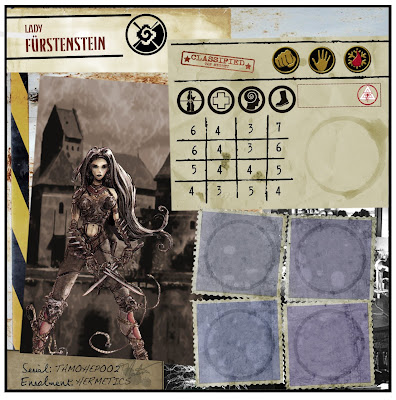 My custom additions to Tannhäuser are not created by, distributed, or endorsed by Take on You, Asmodee, or Fantasy Flight. Tannhäuser and all related characters are trademarks of Take on You and © Take on You LTD. All Rights Reserved.
Posted by Pete Miller at 7:01 PM No comments:

The voting continues until Noon on Sept 30 and the top 13 will become the Gang Names. Posted by Pete Miller at 5:24 PM No comments:

Since February 15th Warren Ellis and Paul Duffield have been posting 6 pages a week on their near future post-apocalypse London comic book. For free. They recently finished the first full story arc.

Ellis is best known for writing Planetary, Transmetropolitan, and The Authority. Duffield is relatively new to comics having won an award at the 2006 International Manga and Anime Festival (IMAF), for 'Rolighed', a three minute animated short. He also won Grand Prize in Tokyopop's first UK Rising Stars of Manga competition, for 'Falling Star', an 18 page short comic. He has an uncluttered but detailed line art style. 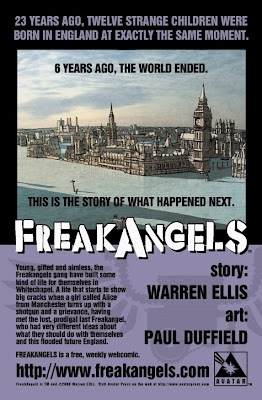 Freak Angels is about 12 people that were born in different parts of England simultaneously. The all seem to have the same pale skin and have manifested psychic abilities.

When the kids were 17 years old, their world was torn apart. Sea level rose 15 - 20 feet. Survival became a daily fight. The Freak Angels found each other and have formed a loose alliance to protect the Whitechapel district of London. How the rest of the world is faring, we do not know.

Six years after the flood is where Volume One begins. We get to know the Freak Angels and their piece of the world. There are rivalries and romances, moments of friendship and conflict. The story-telling is spare and unassuming. There isn't a lot of exposition or explanation. The story simply unfolds in front of us.

Warren Ellis kept me hooked with the interesting characters and the mystery of the world itself. What happened to Earth and why we do not know, but we do begin to learn about the Freak Angels. Sometimes Ellis can take many pages to get to the point, but I always want to know what is going to happen next.

Paul Duffield has a wonderful art style. Clean and uncluttered, yet rich with detail. The colors are from a muted palette, shadows give a richness and depth. Not all the art is brilliant, but the subtle anime influence has really grown on me. I think that Paul Duffield should have quite a career ahead of him.

The Freak Angels both intimidate the Whitechapel populace and keep them same. Life is slowly getting back in order when a new menace threatens the Freak Angels fragile status quo. I have also read Ellis' Planetary and there is a style of pacing and detail that Freak Angels shares with that book. Planetary has a larger scale, but the intimacy of character is common to the two. And it is free so give it a try.

I came across this fun comic in this months PREVIEWS. In a striking ad for the Volume One trade paperback I noticed that it said it was "from the acclaimed webcomic" so I googled Freak Angels and found it.

Start at the beginning. 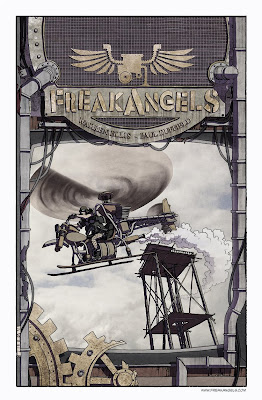 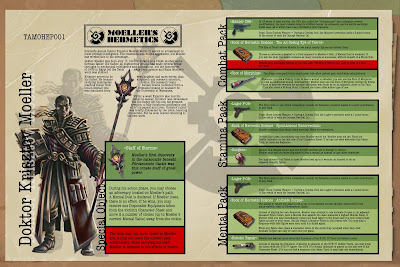 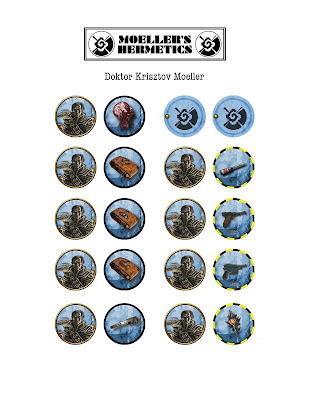 Thanks to littlewars for the blank tokens.

Our custom additions to Tannhäuser are not created by, distributed, or endorsed by Take on You, Asmodee, or Fantasy Flight. Tannhäuser and all related characters are trademarks of Take on You and © Take on You LTD. All Rights Reserved.
Posted by Pete Miller at 12:03 AM No comments: 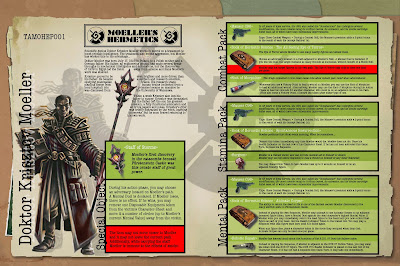 You can get the full size one here.

Our custom additions to Tannhäuser are not created by, distributed, or endorsed by Take on You, Asmodee, or Fantasy Flight. Tannhäuser and all related characters are trademarks of Take on You and © Take on You LTD. All Rights Reserved.
Posted by Pete Miller at 11:09 PM No comments: 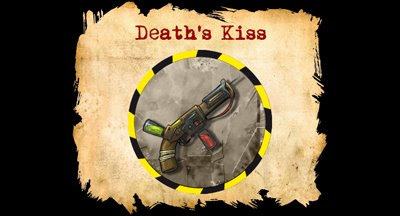 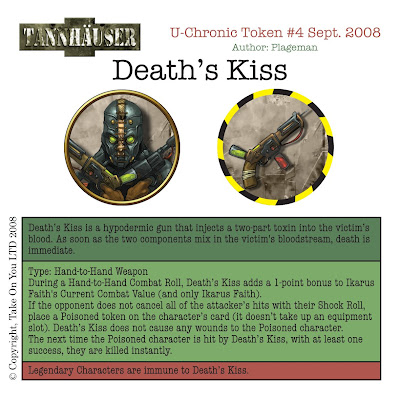 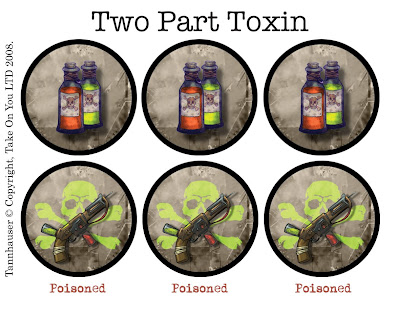 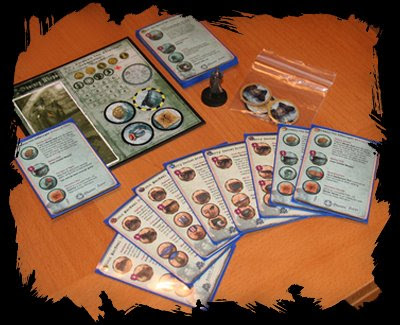 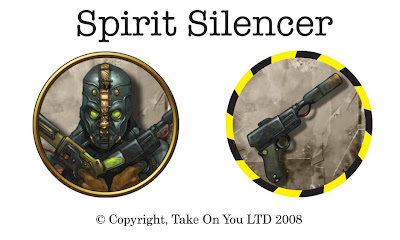