The first expansion for Summoner Wars is coming in late June/early July. It features two new Factions. The dread Fallen Kingdom and the righteous Vanguard will be making their way to your tabletop soon. Colby Dauch and his team have done a great job with these new factions and I am excited to preview a few of the new cards. 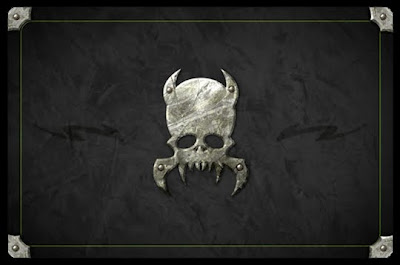 Artist John Ariosa does a beautiful job with the new cards. The illustrations on the Fallen Kingdom cards are particularly nice, walking the line between radically new and familiar. You immediately know they are undead, but the art still feels fresh. They look great on the table. 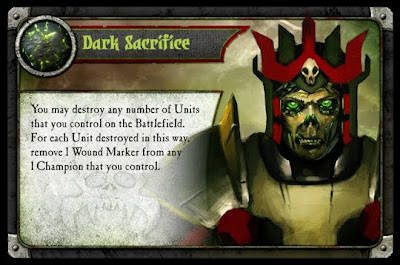 The Fallen Kingdom faction gets into hand and discard manipulation letting you put units into your Discard pile instead of your opponent's Magic pile. You can sacrifice your own units for Magic points and stack up your dead opponents to power up your own guys. Fans of Black M:tG decks and Utgar zombie and vampire armies in HeroScape will love these guys. 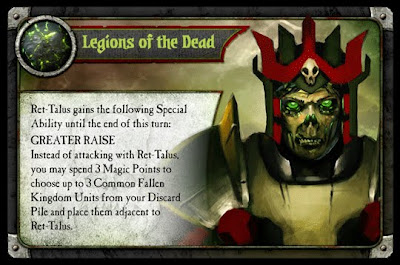 The Vanguards are the polar opposite, they are the warriors of light. Healing and Protection are their strengths. They are the first humans, and have that Magic white deck vibe. 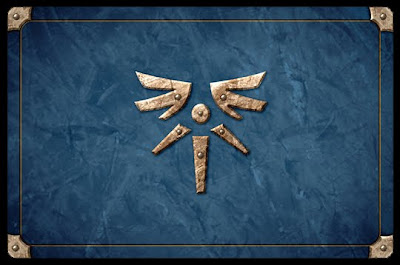 The Vanguards also have a Champion that can fly. Here is your first look at Sera Eldwyn, their Summoner. She may look all sweet and innocent, but she's got a ranged attack and can heal your troops. 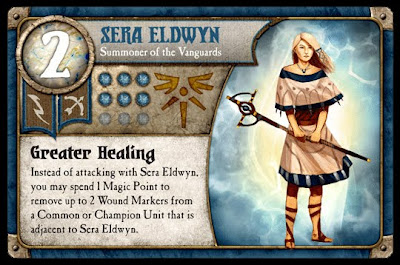 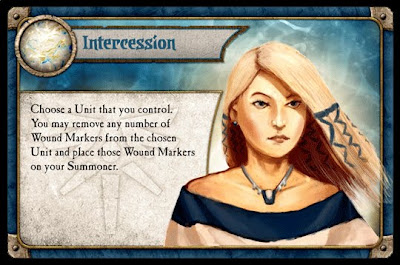 The creator of Summoner Wars, Colby Dauch, took some time out to answer a mess of questions.

Has anyone come knocking at your door looking to buy you out of the game? Would you sell if they did?
No one has come knocking about buying the game out, but I have had a few offers for translation prints.  Everything has a price, but my price to sell out the game would be pretty steep.  I believe in it, and I'm having too much fun with it.
How is the deluxe board pre-order doing?
Very well.  The deluxe board will be going to print as soon as I have a proof approved.
What is your expected release date for the expansions?
The expansions have run into a bit of rocky water.  Some delays on our end and some delays on the printer's end is going to make getting the expansions out in June a tough squeeze.  We are doing everything in our power including air shipping some of the product to try get them out in June.
What cons will you be at this summer?
Origins and GenCon.
How many demo games have you played at cons?
If I had to throw out a guess, I'd say I personally have demoed the game around 50 times.  Multiple that by about 3 if you want to figure about how many times my team as a whole has demoed the game.
How much playtesting do you do on the expansions?
As much as we can.  I've even developed a private module for Vassal that the playtesters use to playtest new cards with one another.  It has worked wonders in getting more games in.  Lots of games equals lots of data to evaluate and lots of opportunity to catch abusable cards.
What is your feeling about 'power creep'?
I'm not going to bring into question the practices of other game companies, as I think it is an unprofessional thing to do at my position.  But I will say that Power Creep will have no place in my games.
How do you avoid 'power creep'?
Power Creep is a balance issue and it is avoided via the same process that all other balance issues are handled - lots of playtesting.
Including the 2 new factions, which one best fits your play style?
Good question.  I really enjoy variety.  So I don't know that I have a good answer for you.  I really like to mix it up constantly with the factions.  If I had to pick one I'd pick the Cave Goblins.
What is your favorite card from the new factions - game play?
My favorite bit of game play from the new factions is the Stalwart Archers.  They strengthen one another, and I really like the challenge presented by arranging them and moving them into position for maximum effect.
What is your favorite card from the new factions - art?
My favorite bit of art from the new factions is Dragos.  It looks like he is sliding a dagger out from under his cloak and giving this wickedly petulant look as he does so.  I really like the design of his clothes as well.  The details on his one big shoulder pad are very cool.  Getting back art on a project may be my very favorite part, it is the first time in the process that your ideas feel completely real.  It is a great thrill.
Is John Ariosa working on the art for the next set of expansions?
Art for the first Reinforcement Pack is already complete.  John did all the work and it has some of my favorite pieces he has done thus far.  There is this Phoenix Elf champion chick riding on a giant eagle...so...cool...
What are the next ones going to be?
Well the next set of card packs is going to be some Reinforcement Packs, so they will be more Tundra Orcs, Phoenix Elves, Mercenaries, Guild Dwarves, and Cave Goblins.  The next two factions after that are going to be the Cloaks and the Jungle Elves.  The Cloaks are this faction of rogues that have all kinds of trickery in store for their opponents.  The Jungle Elves are this race of Tribal style elves whose magical war chants grant them all kinds of versatile powers.  They also call on the aid of various jungle creatures in battle.
Do you have any other game designs coming up that you can tell us about, for Plaid Hat or for other companies?
Plaid Hat has a couple of new games in the works.  I don't think I'm ready to reveal much about them just yet, but keep your eyes open, you aren't going to want to miss them.
What game that you don't work on do you play the most?
I think we are like a lot of gaming groups.  We go on kicks where a particular game, old or new, will get played more often than others.  We've played a good amount of Betrayal at the House on the Hill over the last year.  It is just the right length to keep my less-than-hardcore game group at the table and it rarely fails to offer some fun twists for us to ride though.
Thanks, Colby for taking the time for this email interview. I hope everyone gets out to the conventions and gets their friends playing Summoner Wars!
Posted by Pete Miller at 12:49 PM