Pulp of the Week - The Hunger Games 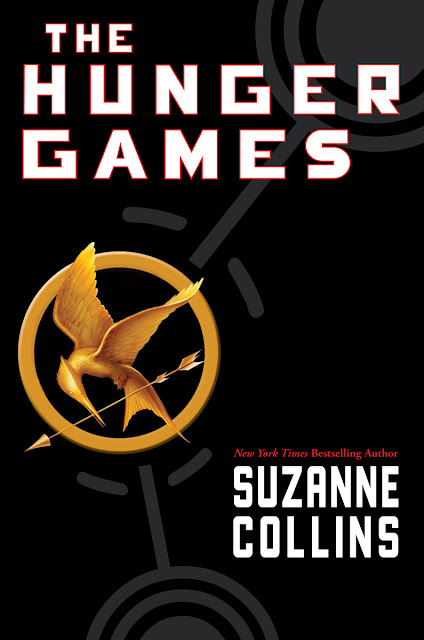 The Hunger Games may very well be the best selling science fiction book (with over 2.5 million copies in print) in a very long time. A movie is on the way starring Jennifer Lawrence (Oscar nominee for Winter's Bone) and Josh Hutcherson.

The premise of the novel is not groundbreaking, but it is a solid SF idea. In the future the USA has collapsed after an ecopocalypse (trademark pending), leaving the nation of Panem with 12 states and the capital located in the Rockies.

Panem is not a democracy. The blue collar class has been expanded and oppressed. Katness Everdeen is the main character and narrator of the novel. She lives in the Appalacian District 12 of Panem. They are mainly coal miners and Katness and her friend Gale supplement their resources by gathering and hunting in a nearby forbidden woods. This aspect reminded me of Robin Hood hunting in Sherwood where hunting is forbidden by the king.

Every year Panem chooses 2 "Tributes" (one boy and one girl) aged 12 to 18 from each District to compete in the annual "Hunger Games", a televised bloodsport held in a vast outdoor arena that can have only one winner.

When Katniss' frail sister Prim is chosen, Katniss finds herself volunteering to be the Tribute in her place. The boy tribute is an acquaintance named Peeta. I'm not sure if that is a reference to the animal rights group PETA or not.

The Tributes are gathered in the Capitol, given training and set out in the arena to fight. The bulk of the novel takes place there, in the arena, with the 24 Tributes. Each evening, the Tributes that died that day have their images projected on the clouds so that the survivors know who is left.

While deathsports are not new to science fiction - I happen to be a fan of The 10th Victim series - ones that have children as combatants is a narrower field. Battle Royale in particular comes to mind and I wonder if Suzanne Collins had read that book, or seen the movie, or manga that came from it. The author says the idea for the Hunger Games came to her while switching between a competitive reality show and Iraq war footage.

Regardless of its genesis, the novel is a taut thriller that doesn't pull any punches and treats the premise seriously. Collins has written a gripping and emotional novel that is followed by two sequels - Catching Fire and Mockingjay complete the trilogy. You can visit Collins' website here.
Katniss is a terrific character and there are hints that she is going to be a key character in upsetting the status quo of Panem society. The people are hungry and she is clearly destined for great things.

I give The Hunger Games an 8.5 out of 10. The score is probably lower than it should be, but until I see how the trilogy pans out, I hesitate to award a higher score for its potential. My son, on the other hand, loved it and gave it a 9.5 out of 5 on his blog, 6 out of 5.