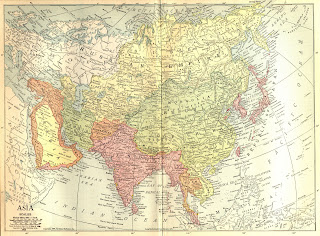 The U-Chronic History of
The Peoples Republic of Eastern Dynasties
At the turn of the 20th century, a rapidly modernizing China was threatened by the Boxer Rebellion, a  movement that sought to return the Empress to power. The Chinese people fought back. The Imperial forces were ruthless and killed many Chinese and even more foreigners.

Europe and America were greatly alarmed by this sudden, violent turn and sent a Grand Union of military forces to China to rescue their besieged embassies, merchants, and diplomats. British, Russian, Italian, German, French, Austrian, and American troops all fought side by side. They helped the Chinese defeat the Imperialist Boxers and started China on the path to democracy.

This Grand Union did not last as squabbles between the members quickly led the Russian, Austrian, and German forces to go their separate ways.

In China, the great Sun Yat-sen was appointed as first President. Sun Yat-sen's fervent fight for equal rights gained him a lot of clout in the west, but as the outside world soon learned, China's idea of democracy was starkly different than their own. While Chinese leaders are chosen in free and fair elections, their constitution is vastly different. The state started as the sole property owner. Each individual was granted a share of the land. People can barter and exchange their land, but all income generated is paid to the state and all salaries are paid by the state. Every citizen, from the President on down, receives the same salary. Needless to say, there is a thriving black market.

The Socialist Democracy Movement swept the East. China, Mongolia, Thailand, Siberia, and Japan all adopted similar governments. When the Great War began, the Democratic Socialists decided to stay out of it, and formed a Union of their own: The Peoples Republic of the Eastern Dynasties, known commonly in the West as the Eastern Dynasties, or the Rising Sun.

Their military force is tremendous in size and skill and relies equally on ancient arcane arts and martial arts. Technology has advanced far slower than in the West. Walkers, Tanks, Zeppelins and airplanes are still at their infancy. But their skill with the inner arts - mental and psychic powers - is without compare.

Threatened by the Reich's contact with the U-Worlds and The Matriarchy's contact with ancient Gods, the Rising Sun is finally getting involved in the Great War.
Here's the Rising Sun factions first team - The People's Team One - From left to right:
Wūshī Zhǔ Qayan - Hero - Chinese Elemental Sorcerer with power rings and amulet.
Ryokō Seishin - Hero - Japanese Half spirit/half human with cosmic powers.
Ashigaru Budō - Troop - Japanese Bo stick fighter and marital arts expert.
Shàolín Sēngbīng  - Troop - Chinese Monk and aerialist Kung Fu fighter with stone fist.
Michiko Tsuki Ken - Hero - Japanese bladed weapons expert that can threaten multiple foes.
The figures chosen are all inexpensive HeroClix figures. The prices indicated are from Game Hollow, but there are many other online retailers for HeroClix singles. Total figure price is $1.55. 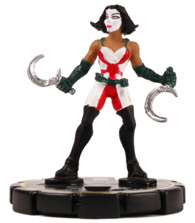 In the coming weeks I will detail the team. Which name do you prefer - Eastern Dynasties or Rising Sun?
Posted by Pete Miller at 5:32 PM

Pete,
Have you ever considered making a "John Constantine" figure for use with Tannhauser? Maybe using the white dude agent from Heroscape?

Seems a fit, to me at least, because of the "occult" theme.

Unfortunately, I know nothing of John Constantine - I didn't even see the Keanu movie - so I don't forsee me making one of those, sorry.