Wow. Another San Diego Comic Con has come and gone. The young crowd continues to swell its ranks to dominance. Artist Alley was packed and the panels were full. The 6000+ seat Hall H continued to hold full events by the movie and tv studios. This report is by no means chronological, but the pictures are... 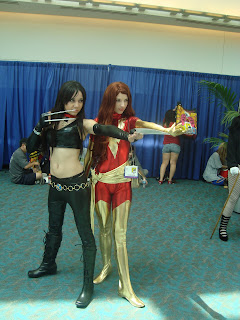 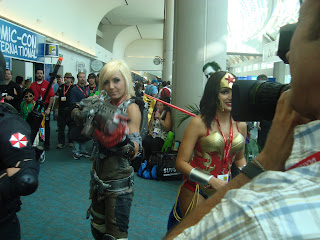 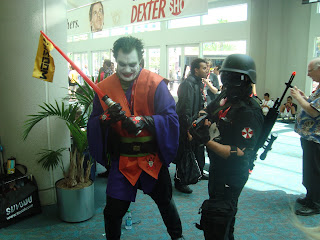 While the costumes were out in force - the studios were only partly there - with Captain America out that weekend, there was no panel for that or any other Marvel movie except Ghostrider: Spirit of Vengeance. The directors of that are most likely insane. In a good way. For us anyway; it may get them killed. Seriously. They were rollerblading down mountain roads at high speed holding onto the back of a motorcycle with one hand and a camera with the other.
The Sony panel also had a very funny presentation for 30 Minutes or Less.
One of the panels that I was most looking forward to was the one for The Last Airbender: The Legend of Korra.
I missed the panel by a mere 20 people (in a 2000 seat hall). But thanks to the magic of youtube, we can see and hear that panel. You can watch the gorgeous trailer here. Someone has also posted the entire panel in a series of parts beginning here.
The exhibit hall did not seem as crowded to me as in years past, with the exceptions of Wednesday's preview night which was packed, and Sunday, which was also packed. 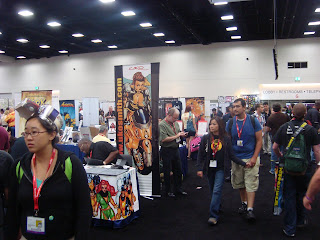 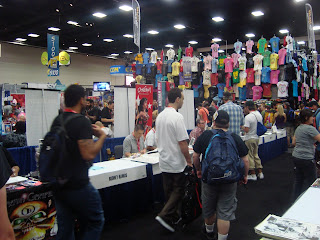 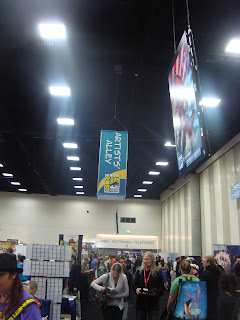 I was very encouraged by the number of people spending a lot of time in Artist's Alley. Strolling the aisles is one of my favorite parts of the Con. I got a few nice sketches, including a beauty of Samaritan by Brent Anderson.
The Exhibit hall is a massive emporium of wonders catering to tastes of all kinds. Here is a tiny sampling of the things that caught my eye - both the odd and the awesome. 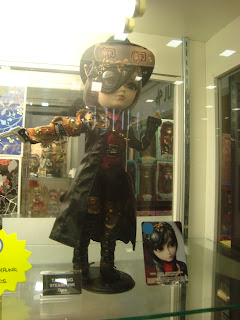 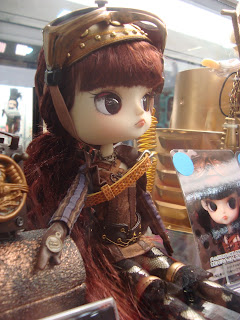 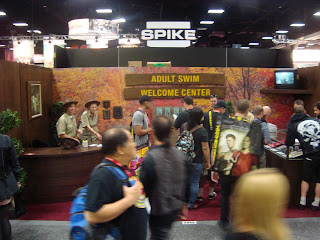 Gaming - Wizards of the Coast had a small D&D booth - they used to have a huge presence... 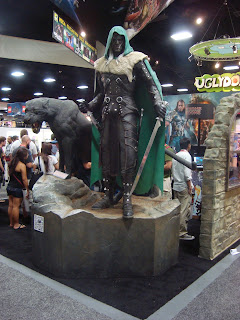 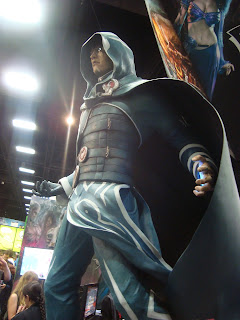 Wizkids also had a tiny space - I don't dare call it a booth - it was literally a cabinet. The guy there was great and the figures looked good. They also had Gears of War and Halo. I'll get pics of those at Gencon... 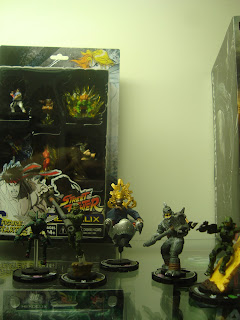 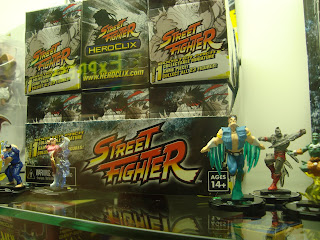 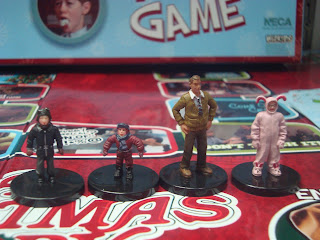 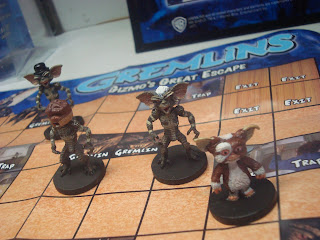 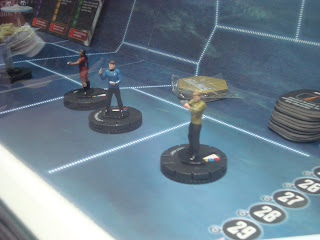 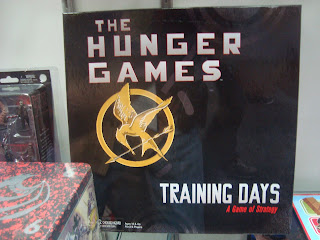 There are no figs in the Hunger Games game... That license is going to be a very good one for Wizkids after the movies come out...
More tomorrow...
Posted by Pete Miller at 11:52 PM