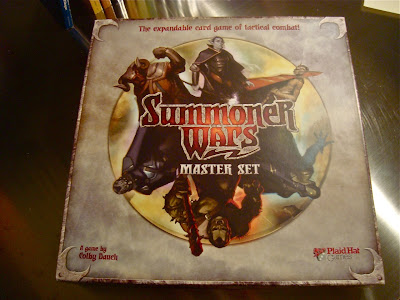 The ridiculously fun game Summoner Wars has just released an all new way to get in on the action. Plaid Hat games calls it the Master Set. The game has a massive amount of fun in the box for a good price, especially if you shop around.
The Summoner Wars Master set includes six all-new factions to play in the game you might call "Magic the Gathering-lite" with tactics. Except instead of playing lands for mana, you have to sacrifice cards. And instead of attacking the other player, you are manuuevering your units to destroy the other player's most powerful card - the Summoner.
The Summoner is your key card in the game. Using his power, you can bring cards from your hand onto the board. Yes, the board. Summoner Wars is a board game that uses cards as your fighting forces. 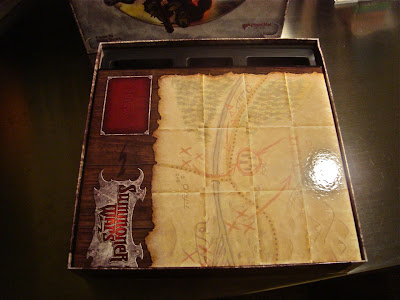 Positioning is key. Choosing how to use your resources is critical, because you never have enough. You only get a 40 card deck and when they're gone, you just have to use what's left in your hand and on the board. The game plays fast and is so fun you'll want to play again. 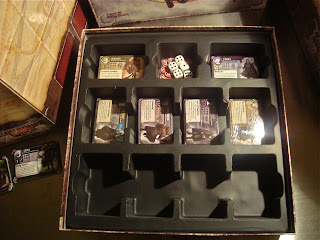 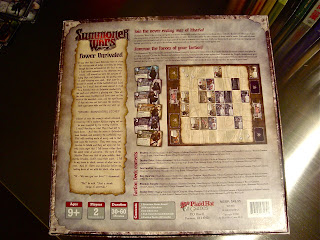 The original 2 starter sets sold for $25 and were a smash hit. It was a lot of fun  in a tiny box. But the people wanted more. They didn't like the printed paper play mat. So they made their own. 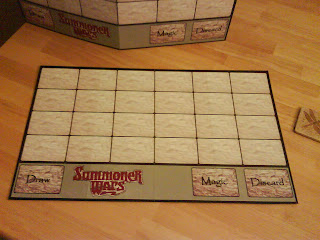 Some people got really fancy... 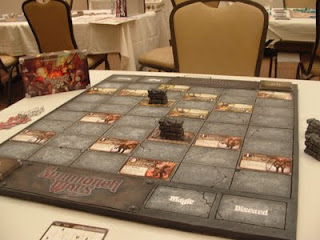 And Plaid Hat released more factions. And booster packs so you could mess around with your army deck. But not too much. The game stayed balanced. People have favorite factions, but they are all an even match. If you can figure out the right strategy.
Plaid Hat Games put out more faction decks and more boosters. Before you knew it, there were eight factions and a nice mounted gameboard.
Then came the surprise. The Master set. Six all new factions and an even nicer premium board for the same price as buying the two original sets. Fifty dollars. That's retail. Online you could probably find it (if you hurry - this baby is gonna sell out) for $35.
I easily fit my complete set of Summoner Wars stuff in this one box. However - the insert included does not handle sleeved cards, but some fans have found a way around this... 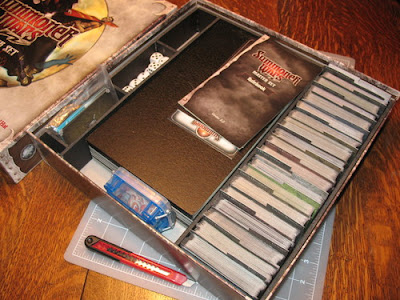 I really love this game and all the crazy new factions:
- Sand Goblins that scurry and can move their walls.
- Swamp Orcs that come with 15 extra wall cards (2 life each) in addition to their regular walls.
- Deep Dwarves that can tunnel and mess with your deck.
- Mountain Vargath that look like Roman Bighorn Sheep and can attack multiple times and stomp over units.
- Shadow Elves. All I can say is they look like Vampire Elves.
- Benders. These are powerful telepaths and telekinetics. Counter Summon. Steal Event Card. Mind Control. Glimpse the Future. Mind Capture. 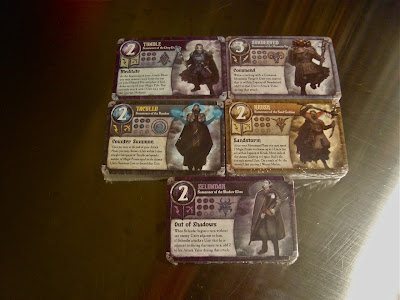 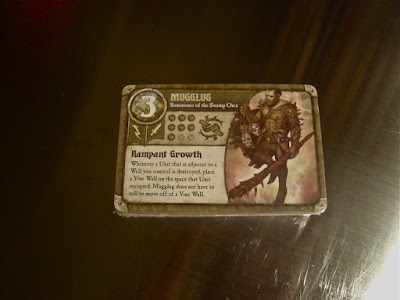 Now there are 14 different factions you can play and Plaid Hat Games is going to be releasing boosters for all of them. The game is stronger than ever and with the Master Set you get 3 times the game for only 2 times the price. Buy it and play it, Summoner Wars is great fun.
I received a review copy of the Master Set and I continue to be impressed with the commitment that Plaid Hat has for its fans and for their games. These guys just love games. If you ever doubt that, just listen to their podcast or go back and look at all the incredible Heroscape custom stuff that Colby Dauch did for fun. And he's still having fun - but now he is getting paid for it.
.
.
Posted by Pete Miller at 10:00 PM