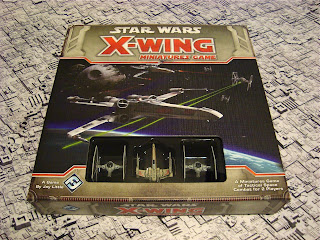 The Star Wars X-WING Miniature Game from Fantasy Flight Games is at stores now (including Target). It is a fighter on fighter game quite similar to the popular Wings of Glory (formerly called Wings of War and formerly sold by Fantasy Flight...)

As you can see, the game comes with three ships, one X-Wing and two TIE fighters. The miniatures are fantastic. I was looking forward to this game, so I prepared a play mat as it comes with no board (you can play it right on the tabletop.) The box is small - 10x10x2 inches. 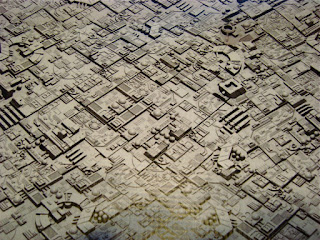 I found this great piece of Death Star art online and stitched a whole mess together in Photoshop. These Death Star Greebles are by Jedilaw. The graphics can be found here.


Back to the game... Let's see what is in the small box. Open it up and there are the thick cardstock tokens. 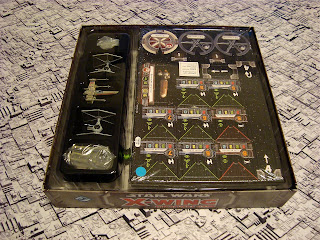 Beneath that is the new FFG catalog. 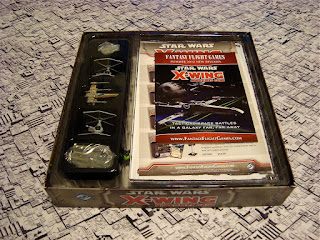 Next is an ad for the single ship expansions and a quick play rules sheet. (Skip this if you have ever played a game more complicated that Risk.) 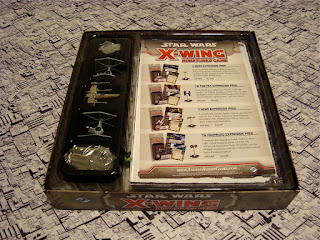 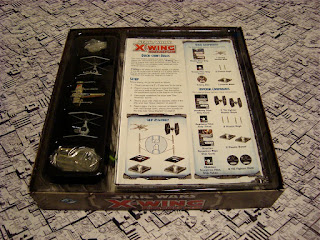 Then the full rules. A .pdf of these and video tutorials are available at FFG here. The videos make it really easy to learn the basics. 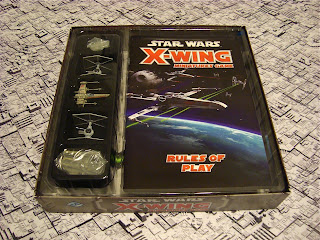 Finally there are the special dice and the Damage, Pilot, and Upgrade cards. FFG has taken some flak for only including 3 of each kind of die when there are times when you need to roll 4. Strangely, FFG is offering a separate dice pack and a $5 app for dice rolling for their Star Wars games. 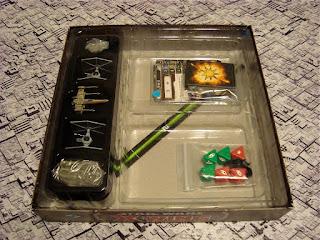 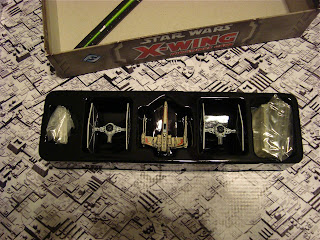 The four sheets of tokens include asteroids and a shuttle to use in scenarios along with tokens for Target Lock, Critical Hits, Shields, etc. The Maneuver Dials have been punched out of the sheets below. Also on the sheets are Maneuver templates. These are cardboard sticks that measure the different movement choices the ships have. 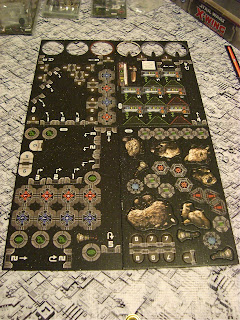 Here are the Maneuver Dials. Each player chooses a move for each of their ships and then reveal it when it is their turn. FFG thoughtfully provided an extra set of the plastic pieces that holds the dial parts together. 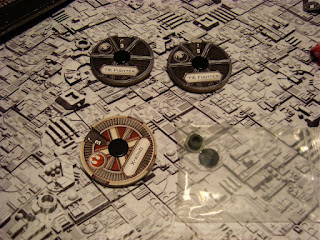 Here is all the stuff in the box. 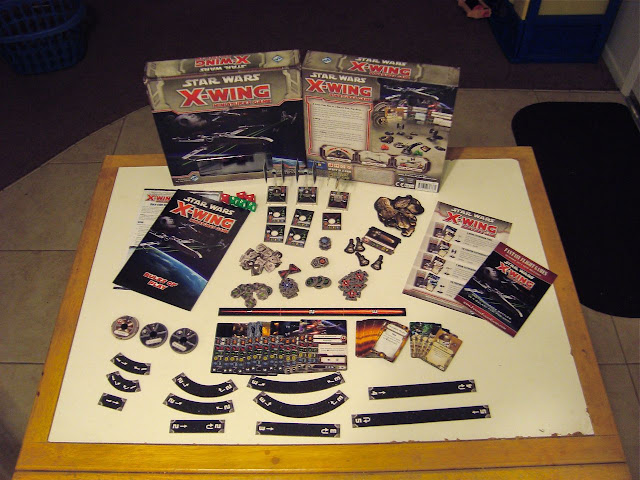 Oh, yeah... Did I say the model ships are pretty??? The ships are 1/270th scale and all the ships made for the game will be accurate to this scale. 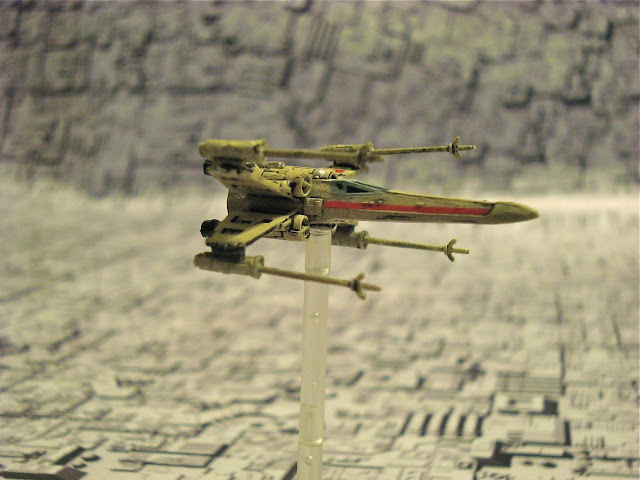 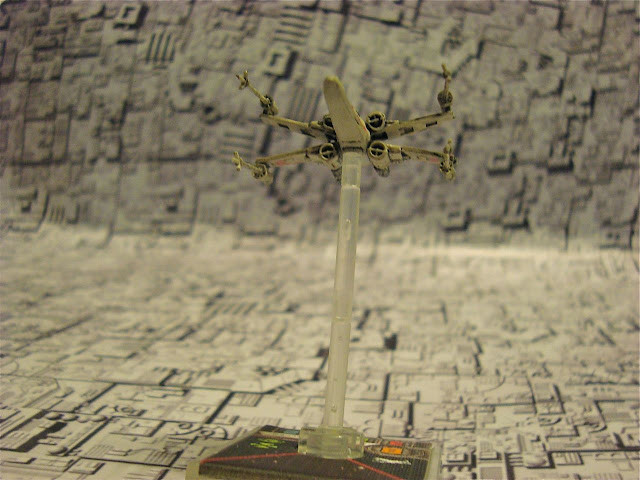 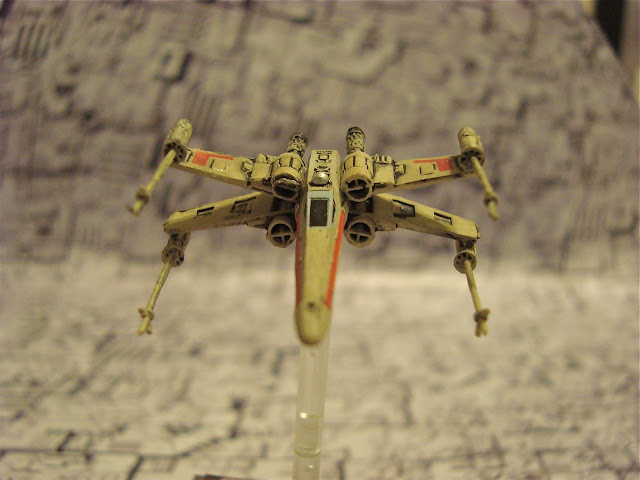 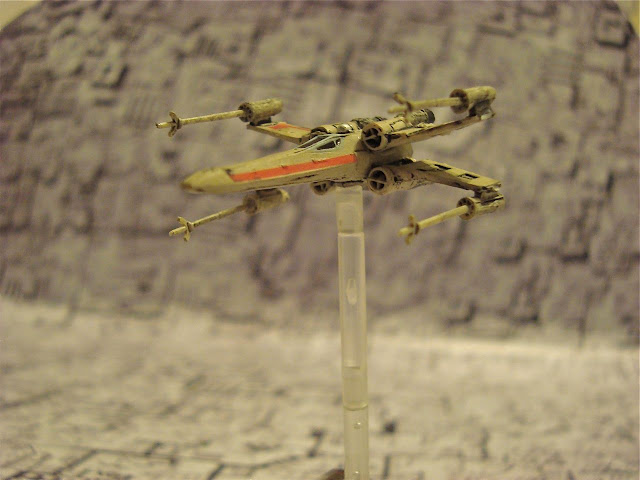 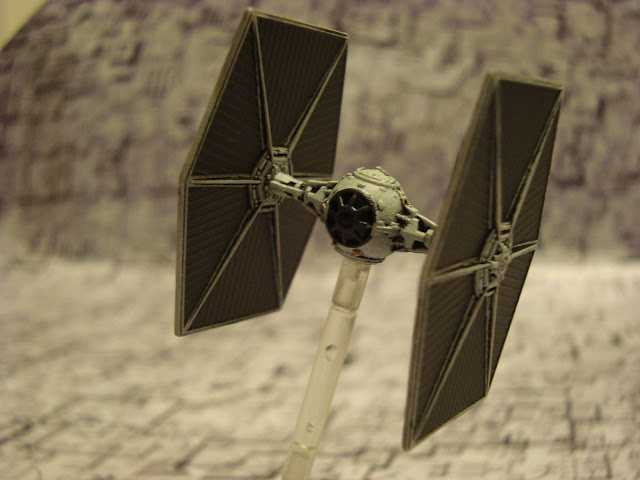 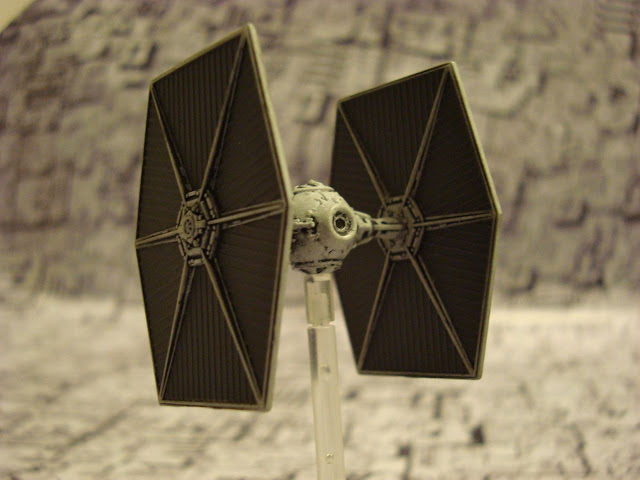 For components quality and what you get in the box, I am satisfied. The models are very nice and compare well in cost and quality to Wings of Glory.

I would like more of the clear pegs to have more variety of elevations on the table, but that is a minor quibble. Someone will make them if FFG doensn't.

Next I will do an overview of the expansion packs...