The Phases of the Moon - errr - Turn

Well, I started writing this on Friday....

Decipher revealed more of the rules today - The phases of a turn.

They have set out to make a game that is simple to learn, but with deep strategy. We are just beginning to get glimpses to see how they have done.

Each turn is divided into 3 Phases. The player with "The Drop" chooses who goes first in each Phase.

Setup
There's a lot that happens in the setup phase.
1. Do one Setup Action
2. Do two of the following (you can take the same action twice):
Play a Condition
Play a Gear
Play one Instant - Setup
Take a Setup Action
3. Play three Fight Cards off the Fight stack

Fight
The Fight Phase is played out in 3 skirmishes. The three fight cards taken off the Fight deck in the Setup phase are turned over and matched into pairs. These represent the 3 skirmishes.

After the Cooldown Phase is done you exchange "The Drop".

There seem to be lots of cards that will affect each Phase and they seem to be specific to each Phase. The characters will probably lend themselves to specializing in affecting one Phase. For example, a wizard might have more Instant-Setup cards than Instant-Score cards. Rambo might have Gear cards for his weapons, etc.

Specializing in one Phase may help you more than trying to have a little bit of help in all the Phases. If you spread your deck too thin among the Instants, you may never have the one you need. However, if you get too heavy in one Phase, your opponent may be able to predict what you are going to do.

These kinds of choices should make for interesting deckbuilding.

Monday is the deadline for applying to be a Founding Member. Hopefully we will begin to see some cards... 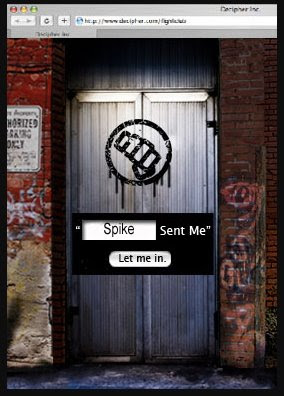 Fight Klub and all related images are trademarks of Decipher, Inc. All Rights Reserved.
Posted by Pete Miller at 1:17 AM