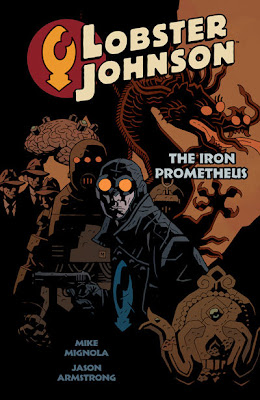 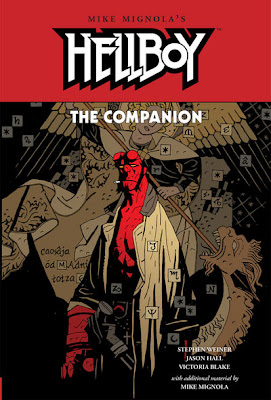 With the recent release of both the Hellboy Companion and the Lobster Johnson graphic novel, "The Iron Prometheus", the time seems ripe to add the Lobster to Hellboy's BPRD faction. There are hints in the comics that Lobster worked along side US forces prior to the US involvement in WWII, so it seems quite plausible to add Lobster to the U-Chronic BPRD. Though he is considered a Mercenary, he is a true-blue patriot and will never fight for the enemies of America. 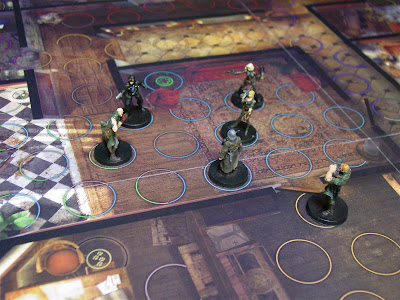 The U-Chronic History of Lobster Johnson
No one knows the true identity of the Lobster, but he had the resources to gather a team of assistants in his fight against organized crime, Reich saboteurs and spies in the 1930s. Over 100 victims were found bearing the Mark of the Lobster - a claw insignia burned into their forehead.


As the war lingered on, the Lobster found himself facing the Reich and especially the agents of the Obscura Korps more and more often. Because of this he was eventually contacted by Trevor Bruttenholm and invited to join the newly formed BPRD. The Lobster declined, but that contact turned into a friendship that lasted many year. The Lobster served many missions with the BPRD, but he never joined, preferring his freedom and anonymity. 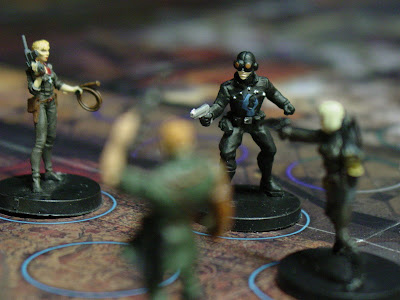 The Lobster is a tough, formidable opponent who can be recruited only by the BPRD, the Union, and other Pulp Heroes - Doc Savage, the Avenger, the Shadow, the Spider, etc.

In his time with the Union forces, the Lobster has fought on land, sea and air to stop the Reich menace from invading American soil. The Lobster is freely available to join the BPRD, however, other factions must pay 1 Victory Point to recruit the Lobster. 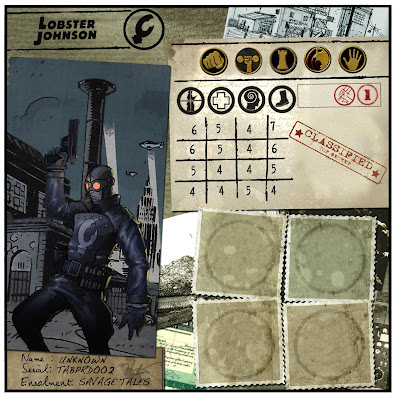 Special - Heroic Spirit
If Lobster takes lethal damage, instead of removing his figure from the board remove this token instead. Move Lobsters life to its bottom row. Lobster is now a heroic spirit on the board and may no longer heal wounds through any means. If he takes 2 or more wounds from a single attack, remove him from the game.

The Lobster's Mark - If the Lobster is within 2 circles of an opponent he eliminates, he scores 1 victory point.

Spectral Movement - If the Lobster is alone on a path he may move to any circle on any unoccupied adjacent path. If Lobster moves this way, he may not use an action phase.

The Lobster's Claw
This custom made Colt .50 automatic is loaded up with Lobster's experimental hollow point bullets. Any natural 10's that are not countered with defensive natural 10's result in lethal damage. If the target is more than 5 circles away, ignore this bonus.

Goggles - Lobster can see normally through smoke and in darkness.

Grenades - Lobster gets 3 total and may stack them all in the same slot. He may never have more than 3 and won't use anyone else's grenades.
-Grenade
-Smoke Grenade
-Tear Gas Grenade - Figures on this path have their movement reduced by 3 and fight using their lowest stats. They may not attack figures more than 2 circles away.

Infiltration - The Lobster may use any Entry Point on the game board, regardless of the Entry Points chosen by either team after the Deployment Roll. He can therefore enter through his enemy's Entry Point if he wishes.

My custom additions to Tannhäuser are not created by, distributed, or endorsed by Take on You, Asmodee, or Fantasy Flight. Tannhäuser and all related characters are trademarks of Take on You and © Take on You LTD. All Rights Reserved.
Posted by Pete Miller at 1:01 AM