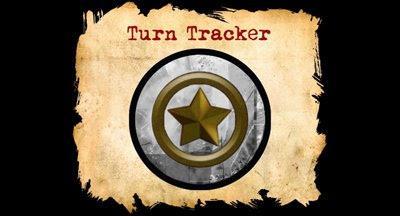 With the release of Operation Novgorod it is now necessary to track the Game Turns in order to use Irina Kravchenko's "Martyr" Special Item. You can do this with a spare die or you can use this month's play aid, a Turn Tracker.
You move the counter down the track at the start of each new turn. The track allows everyone to keep tabs on the amount of VPs the Matriarchy may gain in the event of Irina's demise. It is scaled to fit below her Character Sheet.

Click on the image above for a high res version of the Turn Tracker.
The Operation Novgorod expansion also features the Scenario "Last Of An Ancient Breed" in which you must keep track of Game Turns. On the reverse side is a general Turn Tracker for use in these kind of Scenarios.
CUSTOM CHARACTERS - PART I : CARDS
A while back I made some blank cards for use in creating custom characters. As a bonus this month, I have made revamped cards for both Hero and Trooper characters. Click on the images below for high res versions.
• Blank Hero Character Card: 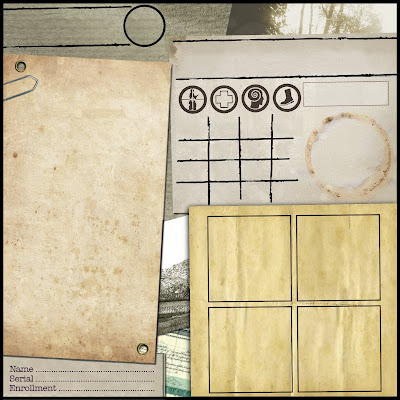 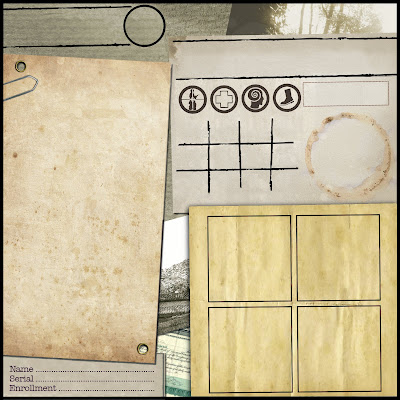 Included below are two versions of the skill icons for the the Character Cards. Click on the image for a high res version.

The cards above are handy if you have an image without a background.

In the example below, I used a nice Bruce Timm marker rendering of "The Master Of Men", The Spider. I copied and pasted the illustration onto the Character Card and trimmed away the white area. I then cropped the image to fit the background. This took about ten minutes to make: 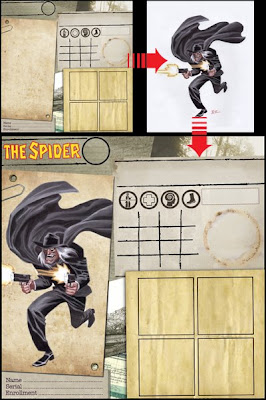 You can download a file that contains all the jpegs above, as well as transparent png versions, at the end of this column.

The png files are handy if you have an image with a background. In the example below, I've taken a Joe DeVito painting of "The Man Of Bronze" and pasted the transparent Character Card on top of it. I then repositioned the image to fit in the "window". This took about five minutes to make: 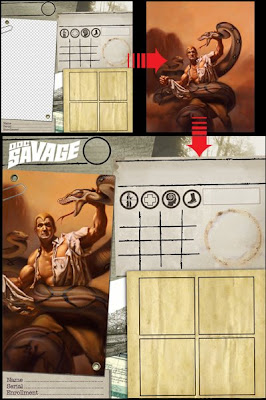 Download a file that contains high res 300 dpi cards and skill icons, in both jpeg and transparent png format, here.

Next month in Part II, U-Chronic Token Of The Month will feature a Health Indicator for the custom Character Cards, as well as blank Equipment Tokens. In the meantime, be sure to visit Savage Tales every Tuesday for the finest in Tannhauser customs!
Posted by Pete Miller at 2:29 PM