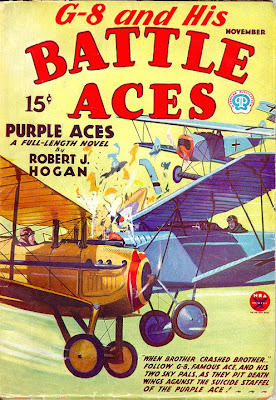 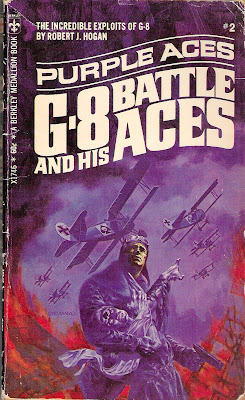 
For the past two years, pulp writer and editor Ron Fortier has been moderating a Yahoo group known as the Pulp Factory, dedicated to the creation of new pulp stories. It is currently made up of thirty-six members, among them writers, artists and devoted pulp fans. Recently the group decided it was high time to shine a bright light on the resurgence of new pulp fiction and art that has exploded across the literary field.

With the advent of companies such as Moonstone Books, Age of Adventure, Black Coat Press, Airship 27, Wild Cat Books, and Altus Press, there have been hundreds of new pulp short stories and dozens of original pulp novels released in the past few years. This resurgence warrants serious attention and support. The established pulp groups and organizations, and their awards, continue to recognize only past creators and ignore the talented newcomers who are revitalizing the entire pulp community. The Pulp Factory Awards were inaugurated to publicly support, encourage and applaud the creation of new pulp fiction and art.

There will be four separate awards handed out annually; Best New Pulp Short Story, Best New Pulp Novel, Best New Pulp Interior Illustrations, and Best New Pulp Cover Art. Starting in January of 2010, the Pulp Factory members will nominate candidates in the four categories and then, after a final ballot is determined, cast their vote. Winners will be notified and public announcements made. Windy City Pulp & Paper Convention promoter, Doug Ellis, was thrilled and delighted to offer the 2010 Windy City show as the venue for the first ever Pulp Factory Awards presentation. The physical award is a small statue in the shape of interconnecting gears with a pen embedded into them; the pen symbolizing both a writing quill and drawing pencil. (See accompanying sketch.)

In making this announcement, Fortier wanted it made absolutely clear that the Pulp Factory group is not affiliated with any one publishing company and all its members are freelancers who have been published by multiple outfits. All new pulp fiction and art published in 2009, regardless of the source, will be eligible for these awards. "All of our members are extremely excited about this program and anxious to get it under way," he said happily in a recent interview. "We think this is a good thing for all of pulpdom."

Any person or group wanting more information on The Pulp Factory Awards is asked to contact Fortier directly at (Airship27@comcast.net). They are very receptive to any positive support in this new venture.
Posted by Pete Miller at 12:00 PM 1 comment: