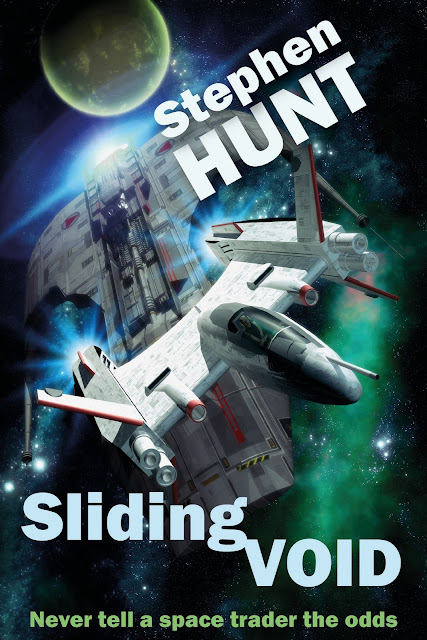 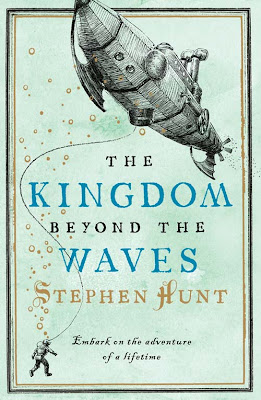 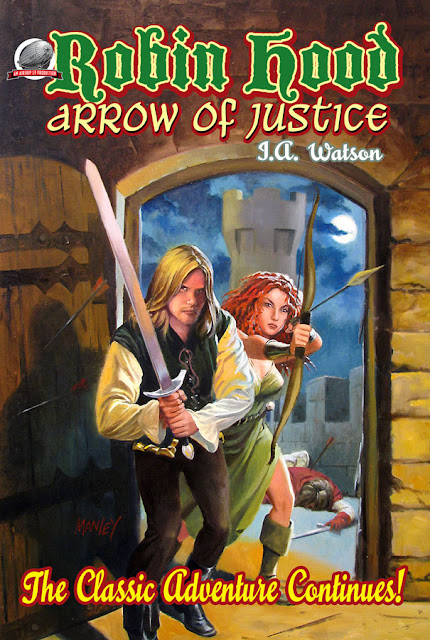 The cover painting is again by the very talented Michael Manly. I think he captures Robin and Marion's charm nicely.
.
.
Posted by Pete Miller at 7:23 PM 1 comment: 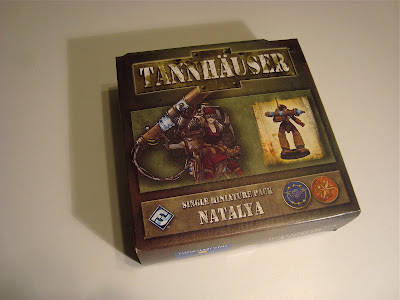 The newest release in the FFG Tannhäuser universe is a Russian that stomps around in power armor carrying a seriously righteous Lightning Cannon. Natalya Kaminski is a Matriarchy Epic Hero that worked with Oksana Gusarenko on restoring and enhancing some of Tesla and Rossum's cast-offs. 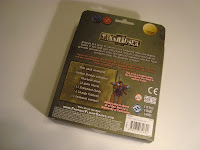 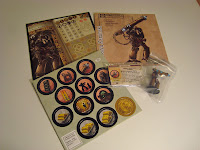 The Kostjak Bronka Apparat Suit and the Volta Lightning Cannon are the main part of her arsenal. The rest of her kit boils down to support for these two items.
The KBA Suit allows Natalya to re-roll up to two dice on your shock roll. However, if the re-roll rolls a natural 1, Natalya takes an additional wound.
The Lightning Cannon is a Heavy Automatic weapon that allows you to target an additional adjacent character to the character you are attacking. You make one attack roll and each target rolls their own shock roll.
The Command Pack also includes that token MASSIVE that allows all allies adjacent to Natalya to roll an extra die on their shock rolls. Nice. 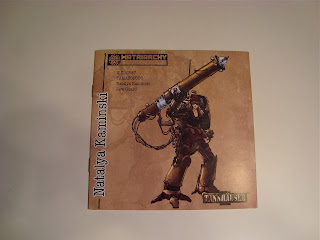 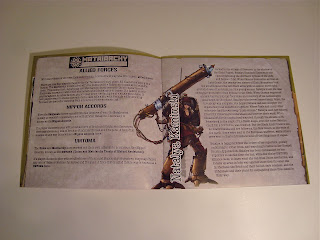 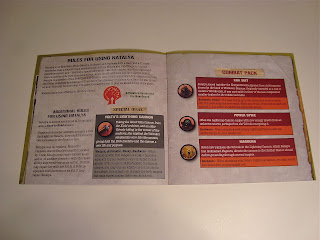 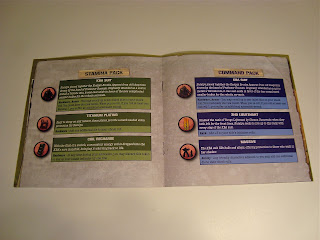 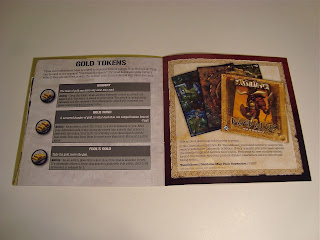 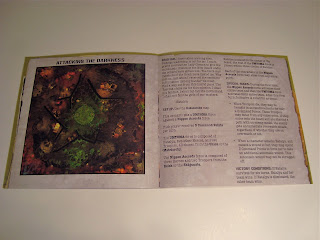 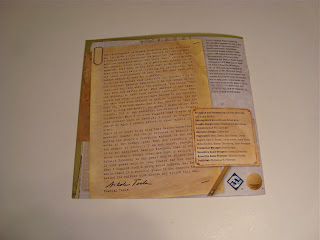 While the illustration of Natalya is one of my favorites in the Tannhäuser universe, the figure itself is one of the worst. The sculpture is chunky and limited in detail compared to the others in the line. In addition, the pose is not great and her head is too big. She is big, though. Now to test her in battle... 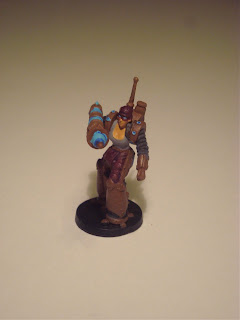 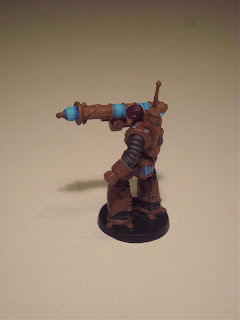 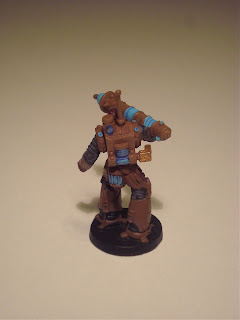 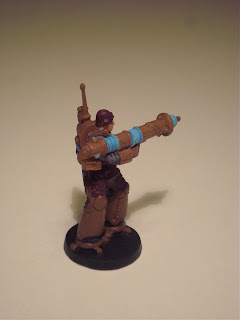 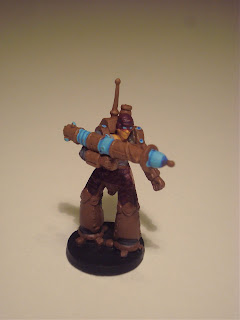 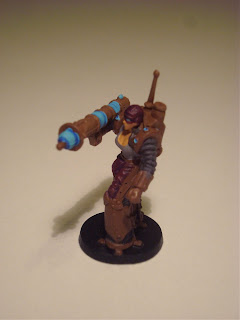 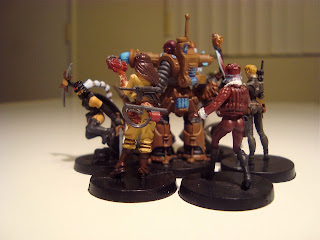 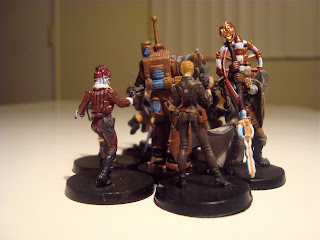 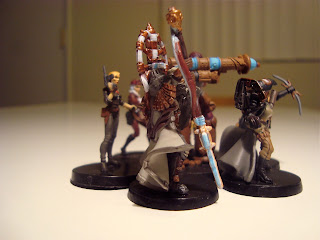 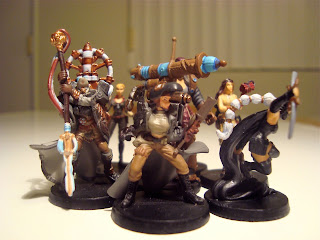 Pulp of the Week - Goliath by Scott Westerfeld 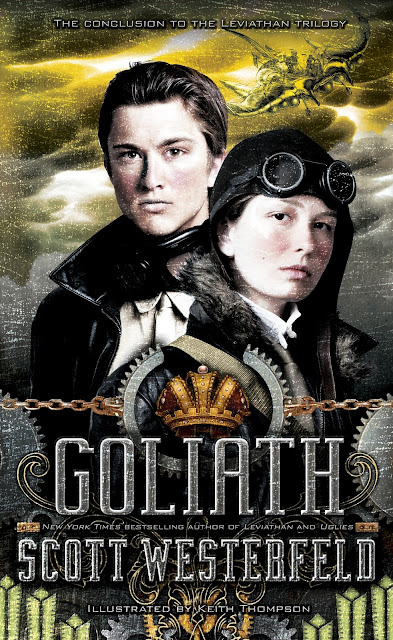 Written by Scott Westerfeld
Illustrated by Keith Thompson
Goliath is the concluding book in the Steampunk alternate history World War I trilogy by Scott Westerfeld and Keith Thompson. Wow is this book good. It is a fantastic conclusion to a marvelous series. This is a great, globe-spanning book. It rivals and perhaps surpasses part one, Leviathan, in quality and imagination.
One of the most satisfying things about the book is how it changes and adds many things (locale, supporting players) but stays true to the heart of the series and truly wraps it us in a way few series manage. I really enjoyed the way that Westerfeld wove additional historic figures into the story. We meet Tesla, William Randolph Hearst, and a certain Mexican outlaw general. Goliath is a top notch book and if you are a reader that doesn't like to start a series until all the books are written, you can dig in now.
Goliath is one of the best books I have read in a long time. I heartily recommend it to anyone interested in  science fiction, steam punk, or adventure fiction. The novel is full of many surprises and twists and turns and some moments of terrific action and emotional resonance. 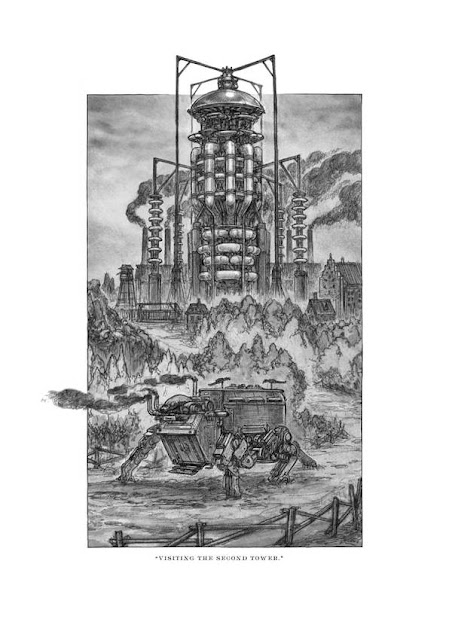 Thompson's copious illustrations illuminate and propel the pace of the story. Westerfeld himself has remarked on how seeing the drawings led to changes in the text. This time the drawings don't just sit on one page, but cross two on occasion.
This is a strong contender for best novel in many categories, and I will be adding Goliath to my Pulp Factory, Pulp Ark, Locus, and Hugo nominations. 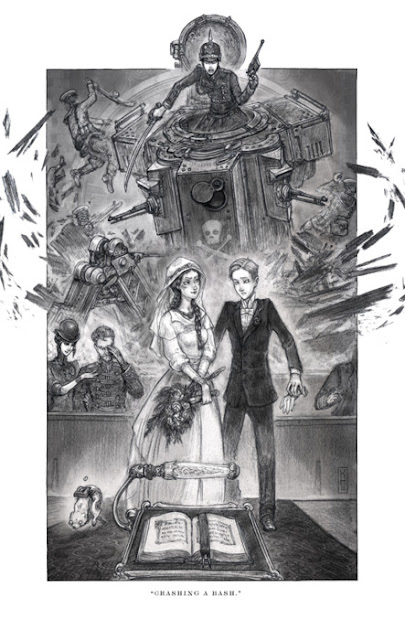 I hope you enjoyed that fun bit of art. It's is a joke, a gag, a laugh that appeared on Scott Westerfeld's tumblr. It is not a spoiler, but it is a fun piece of art.


If you like adventure, read the Leviathan Trilogy.
.
.
Posted by Pete Miller at 4:07 PM No comments:

Thanks to all the readers and lurkers and drive-bys.

I'll have a lot of cool stuff coming up in 2012. The big thing for  me will be to get a bunch of novellas up for every eReader under the sun, and to build a proper website for my publishing.

thanks again, everyone.
Posted by Pete Miller at 12:11 AM No comments: