.
.
Here is the current set of announced releases and their status. 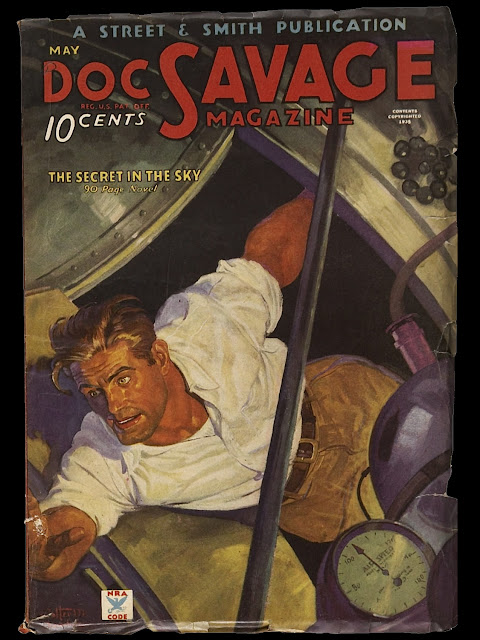 May, 1935 - The Secret in the Sky
This is good quality Doc Savage adventure from the mid 1930s where Doc and crew encounter another scientific marvel that has been co-opted for nefarious purposes. For some reason, using superscience in the pursuit of criminal thievery is what is on the mind of every criminal mastermind in the 1930s.

In this supersaga, the invention is a spherical flying craft that can hover, take off vertically, and whiz across the country in around 2 hours.

It is that last aspect that gets Doc's attention at the start of the book. An acquaintance of Docs' is publicly killed in San Francisco and two hours later his body is found in New York.

Doc, Monk, Habius, and Ham again share the bulk of the action, but at least this time Renny, Long Tom, and Johnny are present. The capable woman is present again in the form of Lanca Jaxon, although she is a reduced presence from the usual. 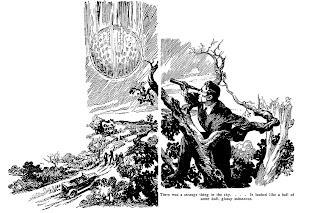 The flying spheres are quite mysterious and Doc never does get a good look at the innards of them before they are destroyed.

For this review, I read my quite battered Bantam paperback - Nov 1967 - 3rd printing. I'll give The Secret in the Sky a 7.5 out of 10. My main criticism of these stories is that the set-ups are great, but the resolutions are rushed. The Paul Orban interior art presented is from Chris Kalb's Doc Savage fan site, The 86th Floor. The pulp cover is by Walter Baumhofer and the Bantam paperback cover is by James Bama. 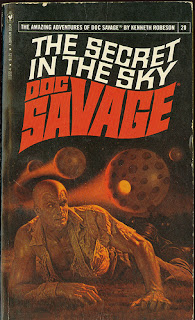 Pulp of the Week - Catching Fire 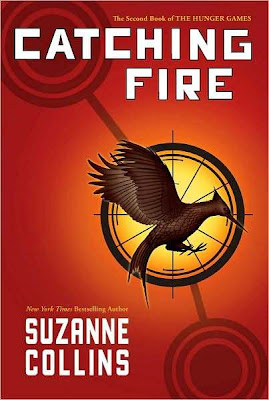 Warning - if you have not read The Hunger Games there are spoilers for that book contained herein. Be warned...
Catching Fire is the second book in the Hunger Games trilogy and Collins really steps it up a notch, with nearly six months having passed since the end of Katniss and Peeta's extraordinary double victory in the brutal Hunger Games.
Now, we find the pair midway through the year visiting each district on the Victory Tour. But Katniss senses trouble in the districts. Trouble instigated by her gaming the Hunger Games system by forcing the double win.
After seeing open rebellion and realizing that her mocking jay is being used as a symbol for the rebels she is sent home to a very changed District 12.
The novel heightens the stakes and choices that Katniss must make as she comes to understand that she is the catalyst for rebellion. She must maintain her facade of romance with Peeta, despite her attraction to Gale. She must decide how far to push against the Capitol.
Finally President Snow has had enough and pushes back. Katniss, Peeta, and Gale are all shocked by the President's announcement regarding the upcoming 75th Annual Hunger Games. Every twenty-five years there is a special Quarter Quell, each one designed to be more bloody than the last. But when the President says, "On the seventy-fifth anniversary, as a reminder to the rebels that even the strongest among them cannot overcome the power of the Capitol, the male and female tributes will be reaped from their existing pool of victors," Katniss' life is changed forever.
This middle book of the trilogy moves like a blitzkreig, hammering through a terrific plot and causing massive damage to the heroes and villians alike. Collins has crafted another terrific book and there is good reason this trilogy was on the bestseller lists for months. I am eager to read the finale. I can't imagine the impatience that those who read the books as they were released must have experienced in waiting for the next part.
While these books are published by Schoolastic as Yound Adult novels (I know first hand how much that audience loves these books - my son is 12 and my daughter is 14) there is little that makes them "kids books." Yes, there is no overly profane language or explicit sexual action, but neither of those are the measuring stick for great books and as an adult and a life-long fan of science fiction, I can attest without reservation that these are great books that any adult can enjoy.
Sometimes books become best sellers simply because they are great.
I give Catching Fire a 9.5 out of ten. I am withholding that half point due to my kids saying the last really is best. The cover art is by Tim O'Brien and the cover design is by Elizabeth B. Parisi.
.
.
Posted by Pete Miller at 2:36 PM No comments:

.
.
The upcoming map pack holds the promise of rules for larger games and 4-player madness. It is my hope that the rules provide for both 2 on 2 and a 4 player free for all. Two on two would be great (and a bit crowded - in a good way) on one map, but the two-map rules hinted at would be great for the big games.

Of course fans of craziness will want to play a massive battle using everything made so far.
Posted by Pete Miller at 12:00 AM No comments: 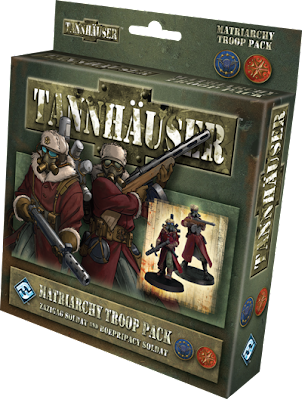 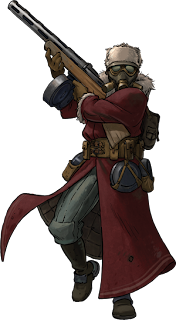 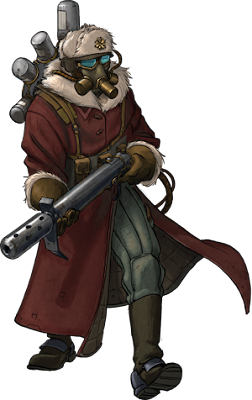 Attacks with the Gnev Bogov Ognemet bathe their target in agonizing flame, and the weapon’s explosive range is such that anyone standing nearby will likewise be engulfed. Such an attack damages mind at least as much as body, leaving witnesses in a state of shock and terror. It is no wonder, therefore, that Zazigag Soldati are among the most hardened of Matriarchy soldiers. Not only are they accustomed to war’s most horrific sights, but they thrive on them."
So we get a flamethrower in Tannhäuser! That is awesome. Scorching an entire path will be great - and a little dangerous.
Looking forward to it!
.
.
Posted by Pete Miller at 5:17 PM No comments: 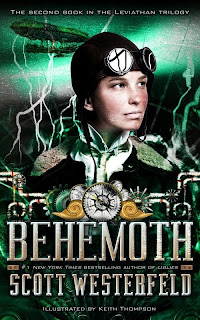 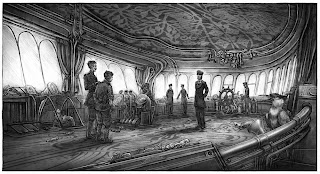 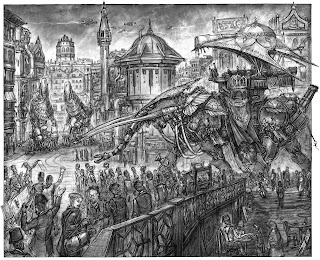 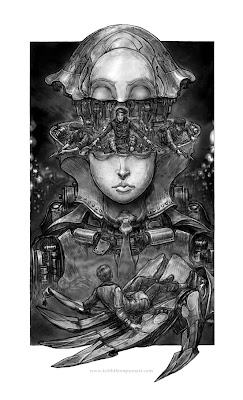 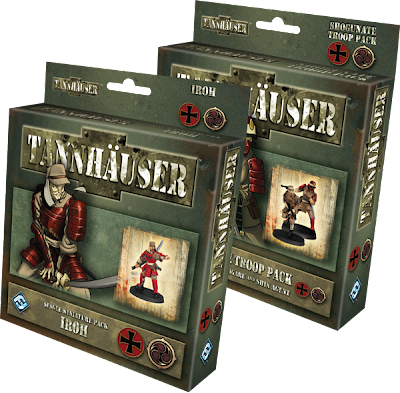 The first Shogunate figures (the ones pre-released at Gen-Con) are now available in stores. 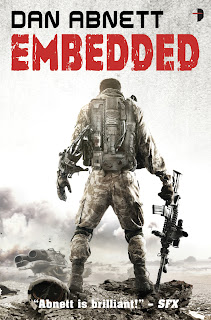 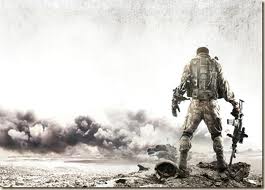 Posted by Pete Miller at 9:52 AM No comments: