The Zeppelin Now On Nook!

Posted by Pete Miller at 7:49 AM No comments: 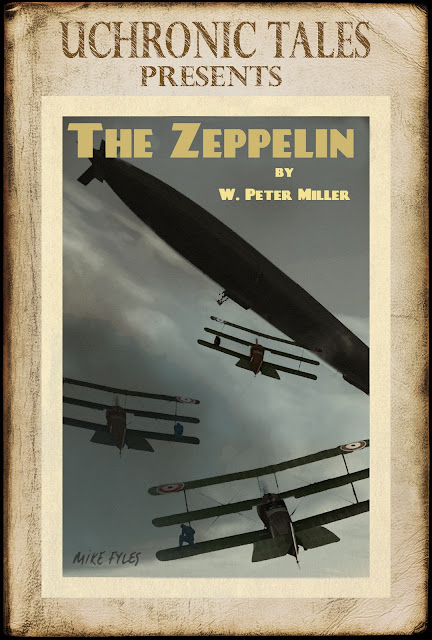 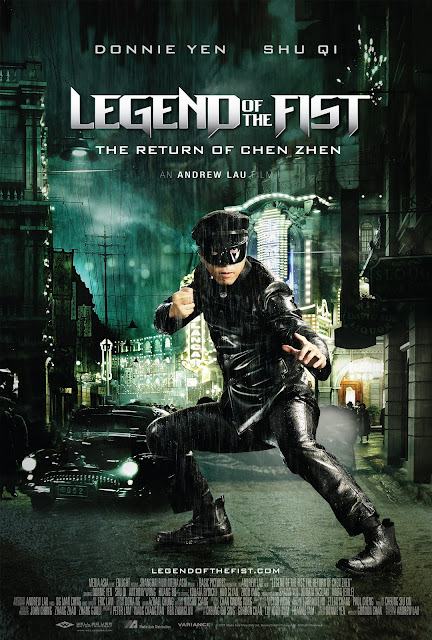 Donnie Yen brings back the character Chen Zhen - first portrayed by Bruce Lee in Fists of Fury - in this great piece of Pulp Cinema.
Chen Zhen was part of the Chinese units fighting in the Great War. They fought in service units - 150,000 men were sent to the front lines by the Chinese government - most had no military training, yet were there in battle supporting the allies. They carried artillery shells and dug trenches, hauled dead and suffered heavy casualties.
When his unit falls under heavy sniper and machine-gun fire, Chen Zhen snaps. He takes out the whole sniper squad and he and the survivors of his unit finally get to go back to Shanghai.
Despite the aid given the allies in the war, by 1925, China stood alone against a building Japanese invasion. There were student protests and isolated pockets of resistance, but Chen Zhen tried to stay out of it. But finally, the slights and comments and pushing around got to be too much and Chen Zhen snapped.
Swiping  a costume from a display case outside a popular cinema, Chen Zhen dons the costume of the Masked Warrior (not to be confused with Kato's outfit) and takes the attack to the heart of the Japanese aggressors.
The action is terrific, the cinematography is first class, the story is compelling, and Donnie Yen proves himself to be a great star in this film directed by Andrew Lau, best known for Infernal Affairs. The supporting cast is great, especially the lovely ingenue played by Qi Shu.
The historical setting of the Japanese incursion into China, just as the Provinces are trying to unify, lends weight and depth to the story in a very pleasing manner; giving weight to the action and justification for the fights.
I give Legend of the Fist: The Return of Chen Zhen a 9 out of 10. This is a great pulp film.
.
.
Posted by Pete Miller at 2:55 PM 1 comment: 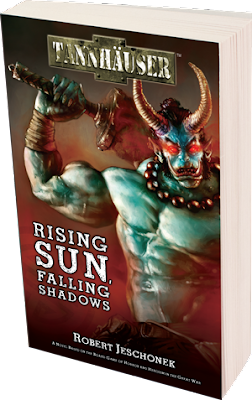 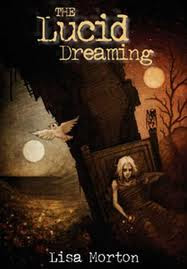 Stoker Award winning writer Lisa Morton has written a disturbing and fantastic novella about the breakdown of humanity as told through the eyes of  young woman named Ashley. As it turns out, Ashley, in addition to despising her name also spends her days at a state mental facilty. It seems she is a violent schizophrenic that calls herself Spike, partly because she likes it and partly because everyone else calls her that.
I won't go to much into the specifics of the story because as a novella, every word counts and everything is critical. What I will say is that some kind of plague has hit the world and it turns everyone into stark razing psychopathic murderers.
Spike is on her meds, so she finds herself alone in a world where everyone wants to kill everyone else, and by the time she breaks out of the hospital, the world has gone bad.
The cross country adventure that Spike has reminded me just a little of Harlan Ellison's A Boy and His Dog. Probably the bleakness and stark prose.
I liked The Lucid Dreaming a lot (I'll give it a 9 out of 10) and will pick up  more of Lisa Morton's books. The Lucid Dreaming was published by Bad Moon Books. More information about Lisa Morton can be found here. The cover painting is by Zach McCain. His work can be found here.
.
.
Posted by Pete Miller at 1:19 PM No comments: 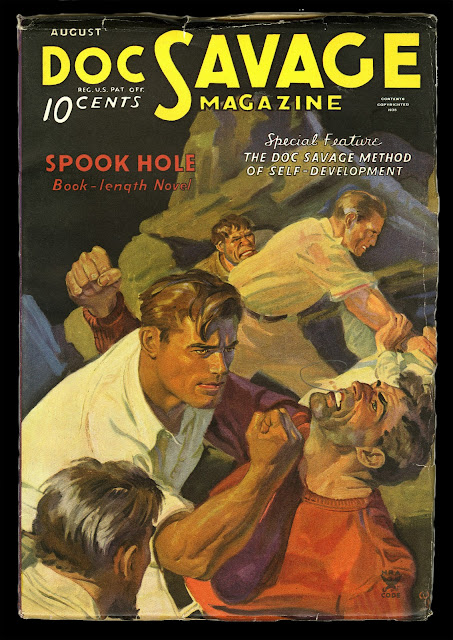 Spook Hole begins in New York with a one-armed man and a seafaring scalawag having a brutal encounter on the docks of Manhattan.
Those docks are an important setting for this adventure. One unique feature of this saga is the number of potential villains that are introduced quite quickly in this adventure.


There is the one-armed man,
The thug with baseball bat sized bundle of wires wrapped in heavy tape,
The femme fatale, Nancy Law,
The brutal Captain Wapp,
The thug in pursuit, Oliver Orman Braski,
The mysterious Hezemiah Law,
The denizens of the Spook Hole,
And the traitorous sailor, Sass.

There are a number of unusual features of this novel. Pat Savage makes a brief but memorable appearance. In one scene, Doc's unconcious trilling gives him away. There is also an interesting aside about how a few years earlier there was a boom in small airports. "... airports mushroomed up with great frequency around New York, not a few of them be located in spots so unhandily located that only the enthusiastic promoters dreamed they would ever be useful in a practical way. The result is that at present many weed-grown flying fields are eyesores in the suburbs."

There are the usual fights, shootouts, disguises, and in the end the deep mystery of the Spook Hole itself. 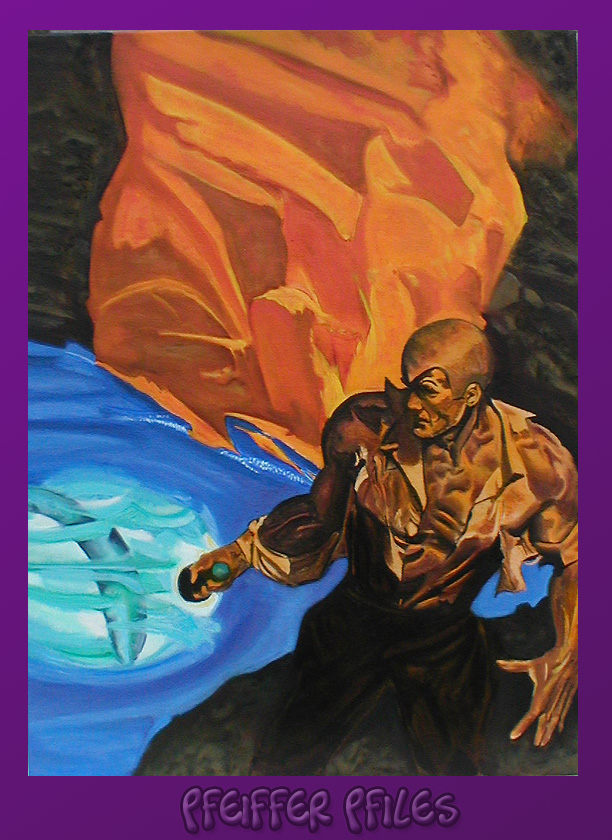 For this review I read my battered Bantam copy that I bought at a library book sale many decades ago. The book was published in Sept 1972. The paperback cover is an iconic one by Fred Pfeiffer. Visit the Pfeiffer Pfiles blog for more information about this great painter. The pulp cover is by Walter Baumhofer. The interior illustrations are by Paul Orban and once again come from Chris Kalb's great Doc site.

I'll give Spook Hole a 7 out of 10. There is far too much mucking around back and forth in New York and not nearly enough of interest once they get to the Spook Hole. 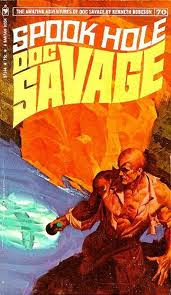 Friend of the Blog, Miah, of the Tannhäuser Blog, has had his first Tannhäuser strategy article published on the Fantasy Flight Games site. You can read his article about choosing equipment packs HERE.
This is yet another good sign that Fantasy Flight is showing continued support for Tannhäuser. Here's hoping that support lasts a long time.
Cheers, Jeremiah!
Posted by Pete Miller at 5:27 PM 1 comment:

.
.
Operation Hinansho is released and in stores now!!! 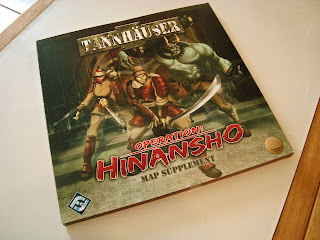 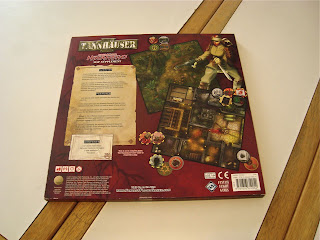 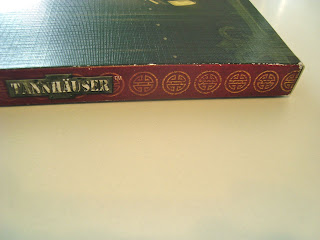 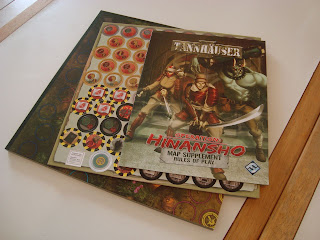 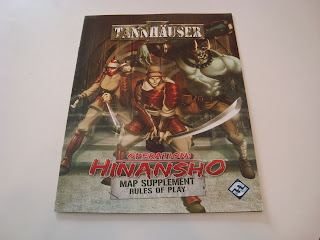 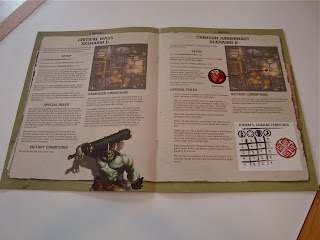 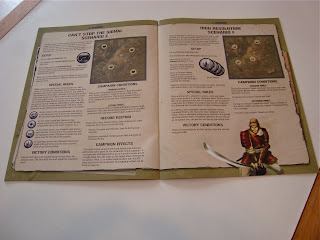 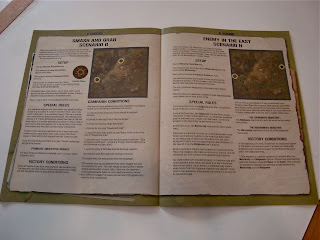 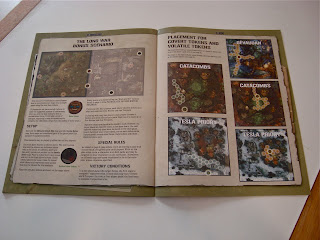 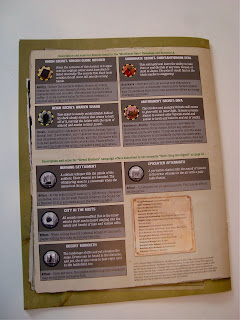 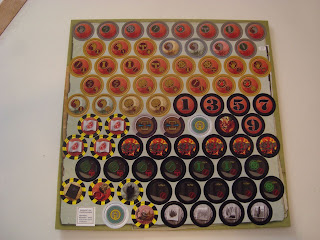 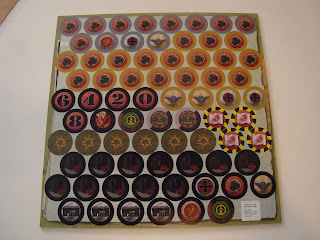 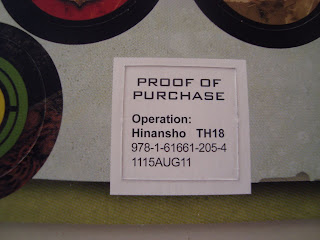 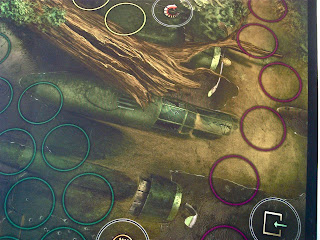 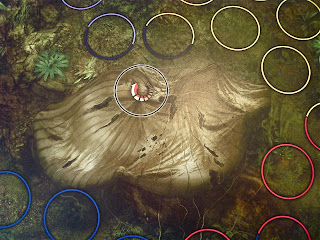 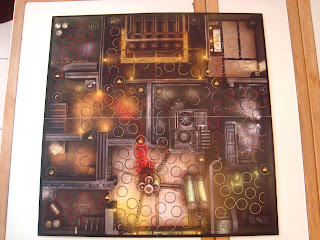 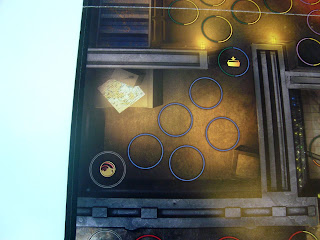 I think the new maps are great and I like that there is support for 2-4 players now. That is a major plus for getting more people to try Tannhäuser. 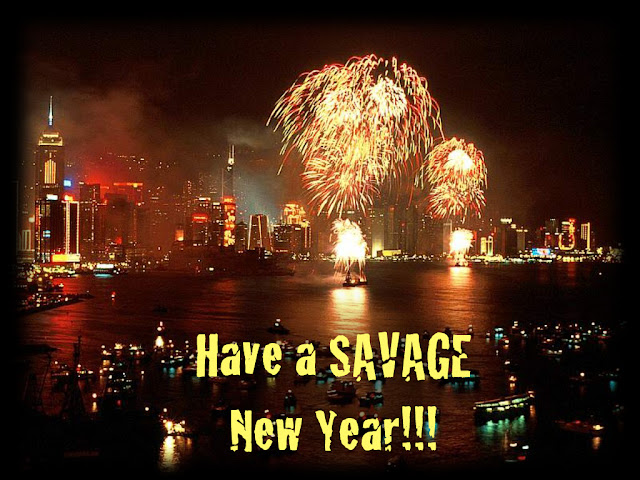 2012 will be a time of change and growth here at Savage Tales. For one thing, I will be launching a new web site to promote and sell my fiction. The inaugural offering will be a novella, The Zeppelin, which introduces my pulp character, Clark Tyler, as a young man that chooses to head off to the Great War at age 17. So far, I have written four novella length tales with Clark, spanning the years 1917 to 1942. The Zeppelin is edited and I'll be putting up on Kindle as soon as I can manage.
In addition, I have an exciting story featuring Ki-Gor, the Jungle Lord, appearing in Jungle Tales Vol. One from Airship 27 sometime early in the year. This story features a supporting character that will be familiar to early readers of this blog... Airship 27s The Green Lama Volume One is still available in print and features my story that takes the Green Lama to Hollywood. A revised version of this story will be one of the novellas released this year.
The Savage Tales blog will carry on its mission of featuring news and highlights in the boardgame and speculative fiction world. I provided reports from 4 major conventions in 2011, and I don't yet know what 2012 will bring.
One feature that will be added here will be my experience with creating ebooks and printed books through my own imprint. Details on that will appear after the legal paperwork goes through. I will say that the name of the new website and the name of my imprint should not shock the readers of this blog.
I continue to be thrilled and amazed by the number of visitors and pages read here at Savage Tales. I thank you all for your interest and support.
.
.
Posted by Pete Miller at 10:26 PM No comments: