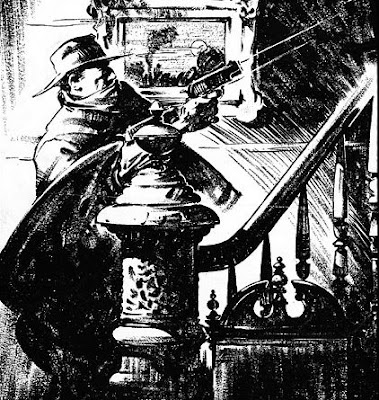 Edd Cartier, best known for illustrating "The Shadow" and "Unknown" magazines for Street & Smith, passed away on Christmas Day. Cartier was 94. In 1936 he graduated from the Pratt Institute in Brooklyn. One of his teacher was an Art Director at Street & Smith and offered Cartier illustration work. 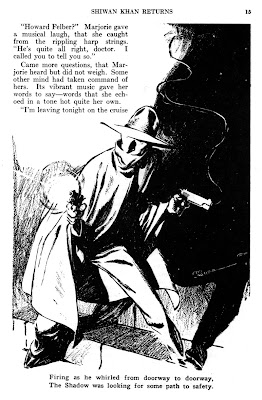 When the regular Shadow illustrator left the magazine, Cartier got the job. He kept with the established style drew over 800 illustrations for The Shadow. It wasn't until he got to work on Unknown (more than 200 illustrations) that he could let loose with his own style; clean line work with a bit of humor. It was his sense of whimsey coupled with his realistic style that made his work stand out.

Cartier enlisted in the Army in 1941 and was wounded in the Battle of the Bulge. He earned a Purple Heart and the Bronze Star. After the war Ed Cartier married and had a family. Georgina, his wife of 64 years, passed away in 2007.

Edward Daniel Cartier was a fantastic artist whose work will live on for quite some time to come; especially his art from The Shadow and Doc Savage. Those titles are still in print from Nostalgia Ventures.

Thanks, Edd for all the brilliant work. 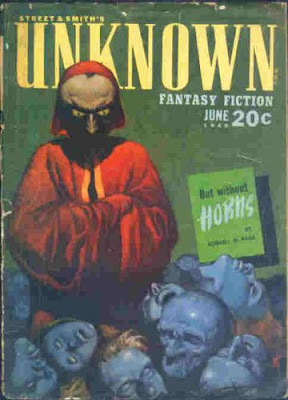 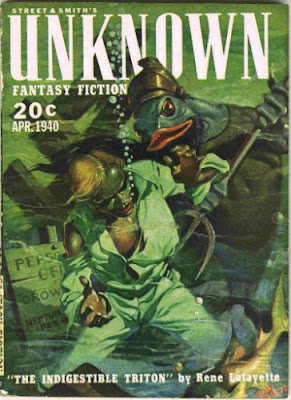 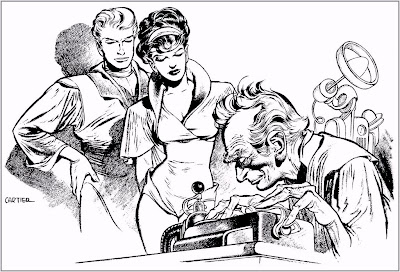 Beautiful work. Truly a golden age of illustration.
These pulp features you do bring a smile to this face - thanks again.

Doc, Mr. Door Tree has some great visual posts of Edd's work. I'm blown away - looks like Wolverton could have been influenced by Cartier's work. Richard Corben's garish comix coloring could have taken a cue from Cartier's too!