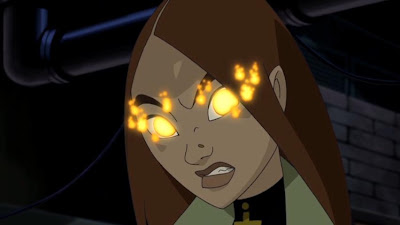 The U-Chronic History
of
Elizabeth Sherman Crowley
Elizabeth Sherman Crowley was born in 1926 in suburban Oceanside, NY on Long Island. Her father was an accountant and her mother was a painter. Her mother's family has a secret history. A history full of tragedy and strife; horror and dismay. Some women in the family are cursed with the ability to spontaneously combust - without harm to ones self - and some have learned to manipulate this fire. They were called firestarters, later they would be called pyrokinetics.

Elizabeth's maternal Grandmother had the gift as did her Grandmother before her. The pyrokinetic trait has been passed down through the generations for years, nearly always skipping a generation or two before manifesting itself again. The gift has often resulted in the child being orphaned... These girls grow up alone and in fear, often having a lifetime of problems. 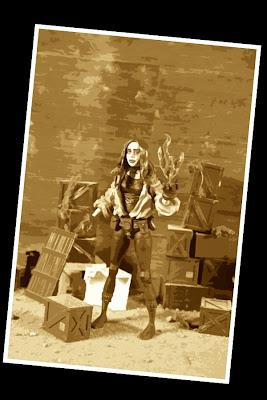 Elizabeth's Great-Great-Grandmother was burned at the stake as a witch. She survived, of course, and escaped into the countryside, eventually finding her way to New York City. Elizabeth was born in a lovely home on Long Island. She was a bright kid and discovered her powers at a particularly young age. She had her first outburst at 4. Elizabeth's parents were terrified, but when the girl's grandmother revealed similar powers, they slowly came to an uneasy acceptance. With her grandmother's help, Elizabeth had control of her ability by the time was 6. Elizabeth felt much better knowing she was not alone.

Elizabeth excelled in school and entered Columbia University at 17, studying mythology and folklore. After graduation she went through a bad patch, got knocked around a bit and got into a bit of trouble. Finally, to avoid charges and investigation, she enlisted in the Union Army in 1949. After bootcamp, her talents were noticed and in 1950 Elizabeth was shipped off to Trevor Bruttenholm and the BPRD.

Elizabeth finally found her niche in the world and is a happy, devoted Field Agent of the BPRD. She is friends with Abe Sapien and shares a special bond with Roger, after all, Elizabeth's energy returned him to life. She also has a bit of a crush on Big Red, but has never acted upon it. 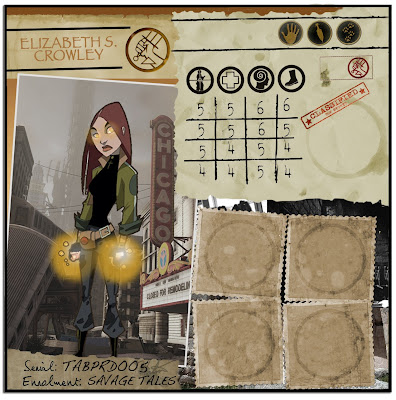 SPECIAL OBJECT
Pyrokinesis
At the beginning of each Game Turn you MUST add one Pyro Token to Elizabeth's card. During her Action Phase you may remove or add one Pyro Token. At the end of her turn, if Elizabeth has 4 or more Pyro Tokens, she has to release the Pyrokinetic energy. Roll a number of Attack Dice equal to the number of Pyro Tokens on her card. All figures on Elizabeth's path make separate Shock Rolls against that Attack. Elizabeth is now unconcious and will remain that way until she receives First Aid. If attacked she gets no Shock Roll. 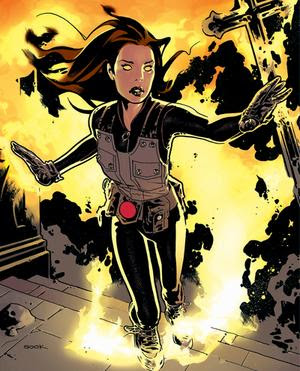 Combat Pack
Fireball
Liz can project a Fireball at a single circle up to 6 circles away on the same path. Roll an Attack Roll equal to her Combat Value plus an additional die for each Pyro Token removed. The defender makes a normal Shock Roll.

Loose Cannon
Liz may take her Sequence at time during the Game Turn, even interrupting another figure's turn.

Firewalker
Liz may end her turn on restricted circles that contain fire with no ill effects.

Stamina Pack
Blast Zone
Liz may attack all adjacent figures. Remove any number of Pyro Markers from Liz's card. Make an Attack Roll equal to the number of tokens removed. All unblocked Natural 10s count for 1 additional hit. Every adjacent figure - friend or foe - must make a separate Shock Roll.

Massive Heat
Liz will not be the target of Automatic Wounds if she has 3 or more Pyro Tokens on her card.

Loose Cannon
Liz may take her Sequence at time during the Game Turn, even interrupting another figure's turn.
BPRD Training
Liz may solve objectives using the Skills of any BPRD team-mate as if they were her own. 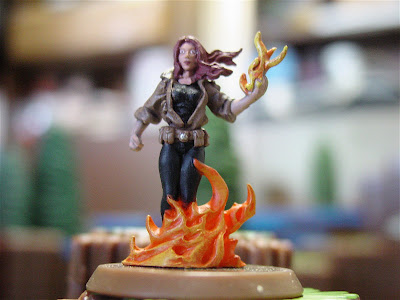 
My custom additions to Tannhäuser are not created by, distributed, or endorsed by Take on You, Asmodee, or Fantasy Flight. Tannhäuser and all related characters are trademarks of Take on You and © Take on You LTD. Liz Sherman is trademark and © Mike Mignola. All Rights Reserved.
Posted by Pete Miller at 12:26 AM