It was a cool morning in San Diego and I got a few hours sleep at the Omni and was ready to go to the con. But there it was... Rover... 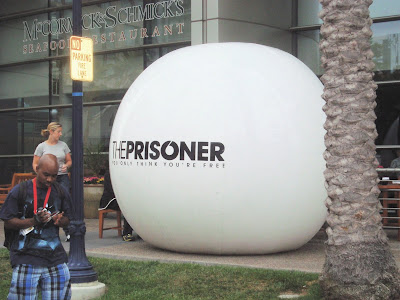 Inside the hall was crowded, but not packed. Not yet. That will be tomorrow. But here is the Black Beauty from Columbia's upcoming Green Hornet film. The second picture clearly shows that the guns can rotate back under the hood. 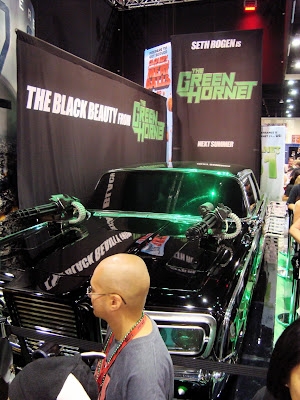 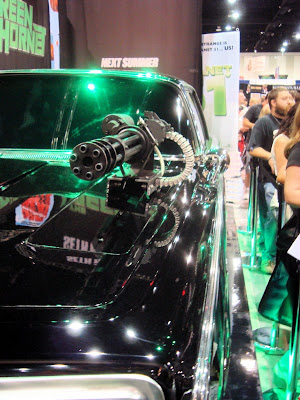 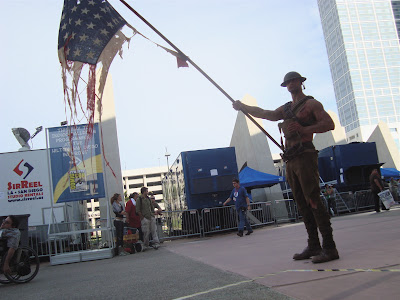 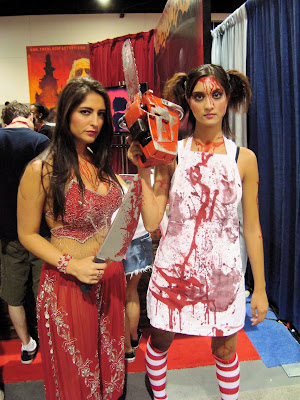 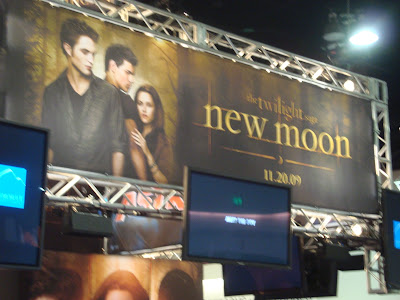 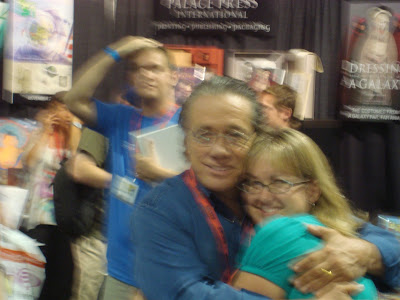 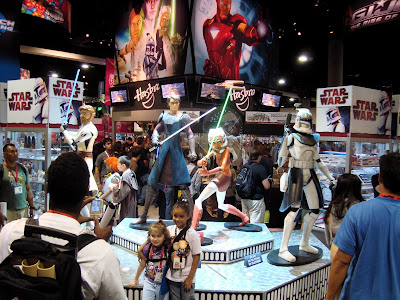 Hasbro has a massive display, but Heroscape is gone from Comic-Con. 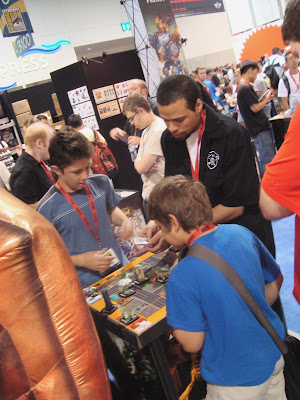 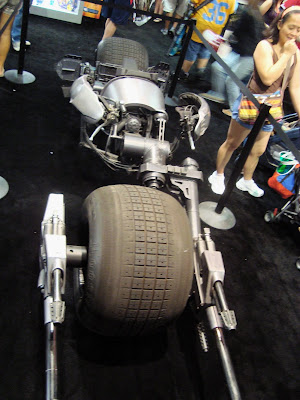 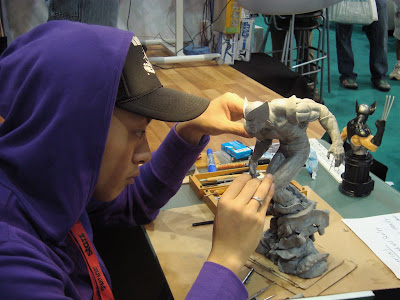 A Kotobukiya sculptor works on a Wolverine sculpture.

In the main hall I met Anthony Tollin and discussed his pulp reprints. When I asked about why he is printing them out of order, he explained his reasons and they do make sense. With both Doc Savage and The Shadow he had a 2.5 year deal and wanted to be sure that he would have the best possible sales by printing some of the best stories.

Additionally, with the Shadow, the 60's paperbacks were printed in published order and he didn't want to end up reprinting the same stories if Condé Nast pulled the plug. And iconic Shadow pulp artist Edd Cartier was still alive and Mr. Tollin wanted to print the original art with the stories and wanted do Edd's stories while he was still with us.

I will get off my horse about reprinting the Doc Savage stories out of sequence. A little, maybe.

The panel about the animated film 9 (not to be confused with the musical Nine) was made up of producers Tim Burton and Timur Bekmambetov, director Shane Acker, and voice actors Elijah Wood and Jennifer Connelly. The scene presented was beautifully animated.

As with District 9's director Neill Blomkamp, 9's director Shane Acker had made a short film that caught people's eye and those films were later made into feature films. This should give hope to amateur filmmakers everywhere. Just remember to make your films brilliantly.

The Disney panel, in part, honored Hayao Miyazaki and hyped the upcoming American release of Ponyo. That film has already earned 182 million before its US release. 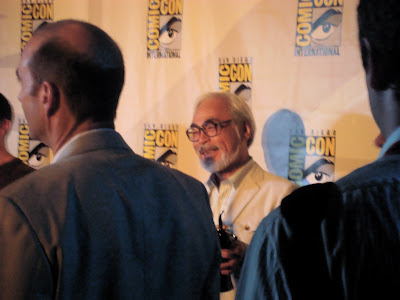 Miyazaki smiles with his Inkpot award. 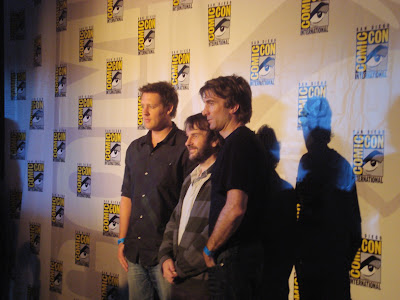 Peter Jackson is flanked by District-9 director Neill Blomkamp on the left and star Sharlto Copley on the right. Copley was revealed to be a childhood friend of Blomkamps' with little professional acting experience. Panel moderator and KROQ personality (and Adam West Batman nut) Ralph Garman had screened the film on Thursday and complemented Copley for his excellent naturalistic performance. Blomkamp commented that much of the film was improvised within the structure of the scenes and story.

Later Jackson appeared with James Cameron on a panel and afterward met up with fellow "Rings" pals Elijah Wood and Dominic Monaghan . 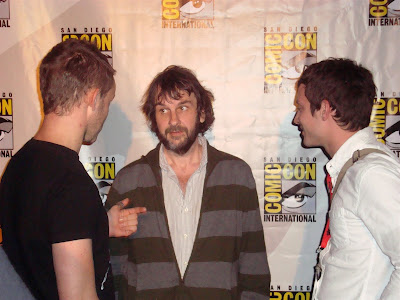 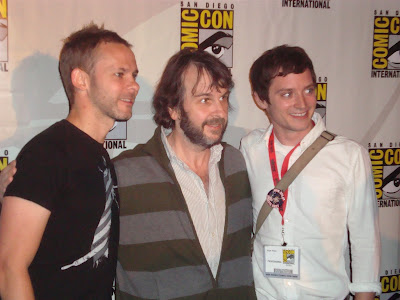 All in all, a good day at Comic-Con. I got to shake Jim Cameron's hand and got sketches in my sketch book by Bill Maus, Daniel Panosian, and Andrew Kudelka. I will be visiting artist's alley again tomorrow.
Posted by Pete Miller at 11:43 PM

Were there any exclamations of, "All Skulls, baby" coming from the Privateer Press booth? ;)