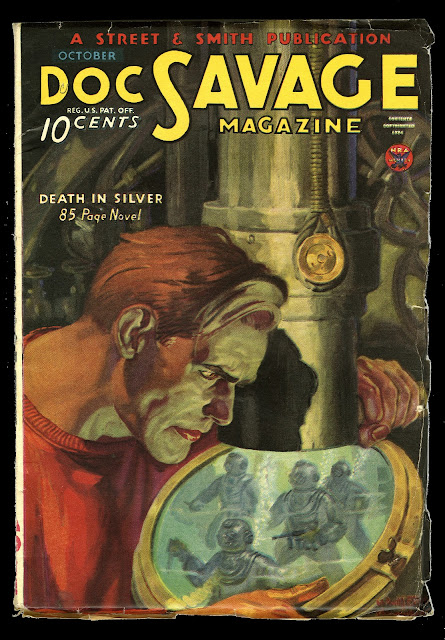 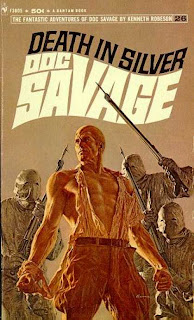 The pulp cover is by Walter Baumhofer, the pulp interior art is by Paul Orban (and can be found at Chris Kalb's Doc Site), and the Bantam paperback cover is by James Bama. For this review I read my Bantam paperback, 1st edition, July 1968.
Posted by Pete Miller at 12:53 AM

Nice piece. DEATH IN SILVER is one of my favorite Docs, and would have made a great movie. As it was, Marvel Comics adapted it for their Doc series back in the 70s.

Bama's cover art is among his very best - I've read that he thought it was one of his two best, along with the DUST OF DEATH cover.

Thanks. I liked this story a lot. Doc is a bit less super bulked up here and more real.