miah999 on the FFG Tannhäuser boards came up with an awesome idea - using the map tiles from Avalon Hill's Betrayal at House on the Hill as the basis for some modular Tannhäuser boards. He made them the correct size and put pathfinding circles on them. These are now posted at the Black Sheep Archives. There is a lot of cool custom Tannhäuser stuff there so check it out. 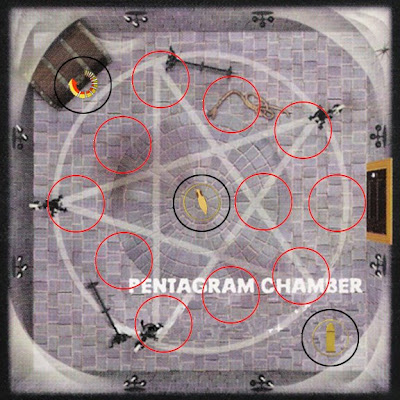 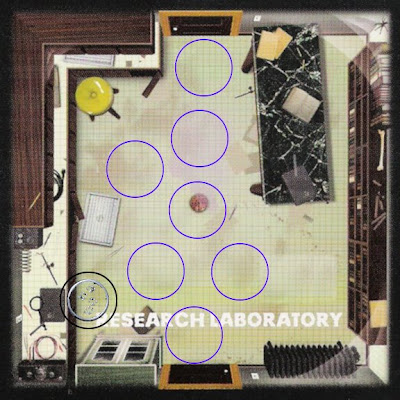 Because all the rooms have closed doors (except the hallways) the tiles can be put together in any way.

Beware - The real tiles in the game are too small as is. Betrayal at House on the Hill is out of print and goes for a lot of money ($100) used. So you don't need the game, just miah999's tiles.

MORE GAMES - MORE MAPS
Those tiles got me thinking about what other games have tiles that can be used for Tannhäuser. I think that most of these tiles can be played as is. You can use simple line of sight rules or a ruler or string. If you have one of these games you could just use the LOS and movement rules that come with the game. I would allow diagonal movement, but you can decide for yourself.

There are many games with Tannhäuser scale tiles: 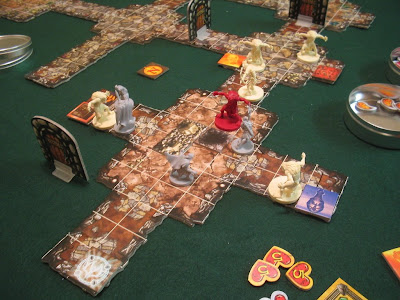 Photo by Steve Wilson
Space Hulk - Games Workshop's great Space Marines versus alien horde is out of print. On Ebay you can pay up to $100 - $150. These might be too Science Fiction-ish for many, but the scale is perfect straight out of the box. Great for Aliens or Predator games. You could have both sides investigating a crashed alien ship. Or you could use them for a sewer. 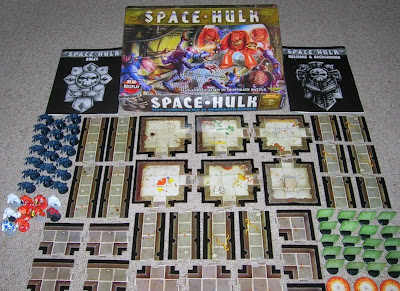 Photo by Rob Robinson
Space Hulk Tiles by jamz - A graphic artist going by the name jamz has created a great set of tiles ready to be downloaded. 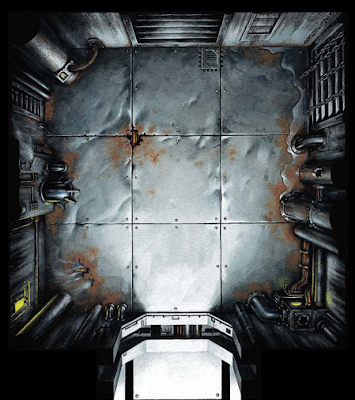 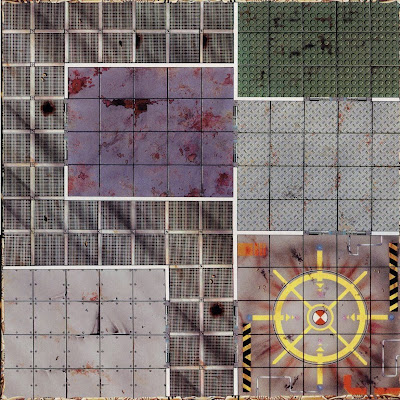 Photo by W a t e r z e r 0 from BoardgameGeek
Tyranid Attack - The tiles in this out of print Games Workshop Game are very colorful. They depict the organic ship interior of a Tyranid Hive ship. Who knows what eldritch horrors lurk in there? 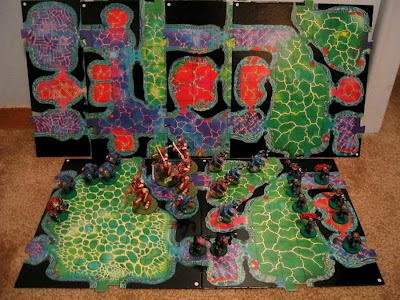 Photo by Robert Kuster
Dungeon and Dragon Miniatures have many packs of tiles that are $10 - $15. 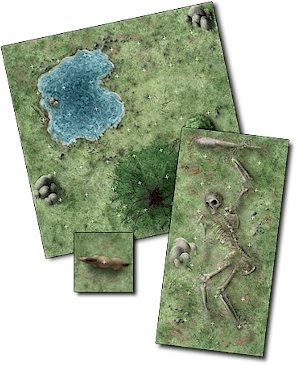 Star Wars Miniatures - has a line of tiles in addition to the paper maps that come with the game.

And don't forget the older out of print Star Wars Epic Duels. This great game has a bunch of little maps, some of which could be of use... 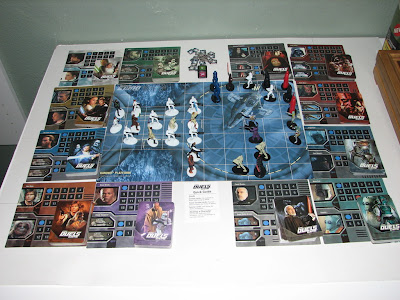 Photo by Daniel Leitl
Okko - is a new game from Asmodee that has some great japanese tiles. These could work great with the Rising Sun (or is it Eastern Dynasty) faction I'm working on... 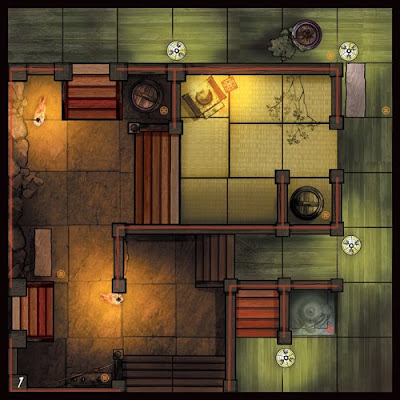 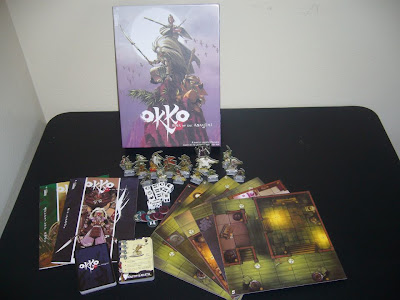 Photo by Vincent Appel
Mutant Chronicles: Siege of the Citadel - This is another out of print game that has a limited number of tiles, but also has 3d stair going up to the central room. A great game on its own. 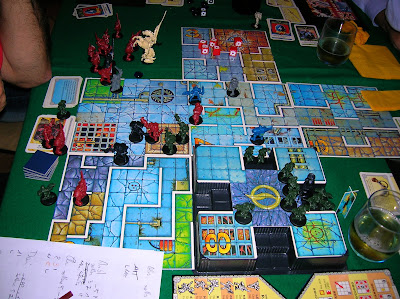 Photo by Andrea Lana
I'm sure there are many others. Most of these tiles have grids on them. Don't fear them. Sometimes a special campaign game or scenario needs a new map. Don't be afraid to use the ones you may already have.

Thanks miah999 for the inspiration and for your work on the 'Betrayal' tiles.

Savage Tales is on vacation next week. See you Tannhäuser Tuesday - August 26th.

Our custom additions to Tannhäuser are not created by, distributed, or endorsed by Take on You, Asmodee, or Fantasy Flight. Tannhäuser and all related characters are trademarks of Take on You and © Take on You LTD. All Rights Reserved.
Posted by Pete Miller at 11:40 AM

Peter, my local supermarket has Heroscape at half off, so I picked up samurai and ninja for that Ninja Scenario on Blacksheep. Maybe they're going on sale in your area too!