TOP STORY
Fantasy Flight Games has published the December Tannhäuser State of the Game report and it is a biggie!

There is a lot of news on the New Rules and some of the changes sound big, some sound great, and some will change the way the game plays completely. This will be a very different game when we get these new rules, "... each token has been given new properties and each scenario is being updated accordingly." That is big news. The tokens may not be the same. Though, "... your Tannhäuser components will still be compatible. All of the tokens, maps, character cards, and other items in your copy of Tannhäuser will still be used, albeit in new and exciting ways." So there are big changes ahead.

Victory Points as an in-game resource are being renamed Command Points and will be replenished each turn to allow for more actions.

Per FFG, "Deathmatch mode will provide each side with two Command Points each turn. These can be used to increase a stat on a model’s card for the rest of the activation (yours or your opponents’), place a model on Overwatch (yes, Overwatch is in, and we will go into more detail in the next State of the Game), or allow the player who rolled lower during the initiative roll to reroll his die. Additionally, if a player has three Command Points, he may spend all three to gain a single trooper reinforcement. But how can you get a third Command Point? Some rare tokens provide once-per-game boosts which could temporarily allow a player to exceed his maximum two Command Points, providing this useful extra unit."

So, yes Virginia, there is an Overwatch. I'm assuming they will call it something else, lest GW lawyers descend. This is great news. Clearly, the Command Points do not roll over to the next turn, so you might as well use them. I like this.

The Story Mode is also undergoing a lot of change in order to be sure that it is story driven and not just, "Deathmatch with more setup."

The FFG article also says that the back story and timeline will be updated and have some dates changed as they fill in the gaps.

Those of us that already own Daedalus will probably want to purchase it again (I know I will) because of the new map, campaign rules, tokens, and new scenarios.

This is all good news, but when this will all be at our local game shop is far from clear. FFG says, "We are almost finished pouring over the assets we received from Take On You, and are incorporating and coordinating them into upcoming releases."

The first release will be the new rule book. That will be followed by Daedalus, and Wolf will "soon be back to stay at your friendly local gaming store and our webstore!"

I wonder if Yula and the others will stay in print as well. I am hoping that this reboot of the game is successful and that we will see some new characters and especially the troop packs in the near future.

With any luck, by the end of 2010, we will have all the Tannhäuser stuff that we have already seen. Here's a little reminder... 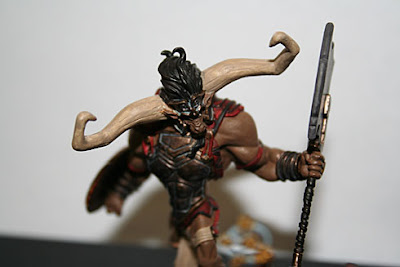 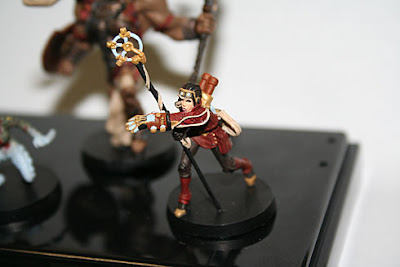 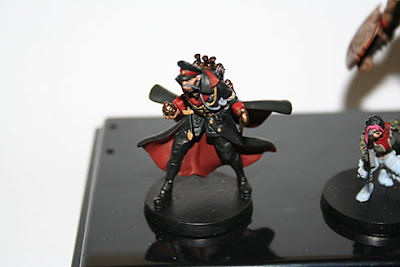 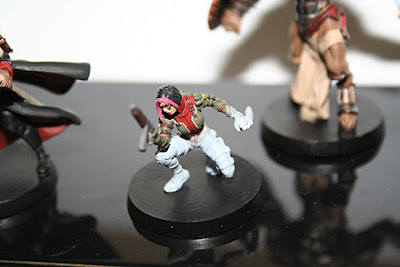 The other big news is Miah999's amazing Tannhäuser Mythopoeia. This is a 61 page encyclopedia of Tannhäuser stuff. I will be using this all the time. I had started making one, but I am totally grateful to have this.