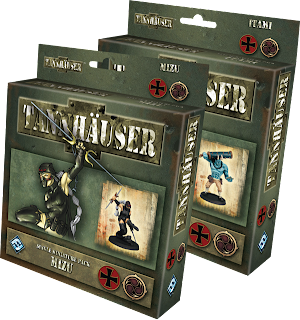 The first new figure is Hellbo…err, Itami, a hoofed demon that the Shogunate  assigned to Iroh Minamoto’s 3rd Division.
As the FFG press release says, "There, they hope he can make use of the strange powers he draws from Naraka, the Realm of Suffering. Itami can wrack others with pain and bend their very wills, and an unholy penumbra that seeps out of his every pore drains the life essences of those around him. Enemy combatants tremble at the primal suffering in his bellowing voice."
The second character is an “international liason” for the Shogunate.  Mizu Kage is a ninja-like character equipped "with Willow and Winding Stream, her deadly sai blades.
Currently, Mizu operates with a directive from the Lord of Spiritual Wellness Yami Seimei to collect information that the Shogunate’s Reich allies have been withholding. With her sai, shuriken, and happo, she can decide to tread a path of blood or conduct an infiltration, unseen and unheard."

These single figure pre-painted character packs come with the usual tokens and character sheets along with equipment cards. The rulebooks include "unique scenarios designed to pit Mizu and her team against that of a thief from the Union or Matriarchy, or to test Itami and the limits of his strange abilities against a demon of the Reich."

I'm curious to see what those scenarios are like. 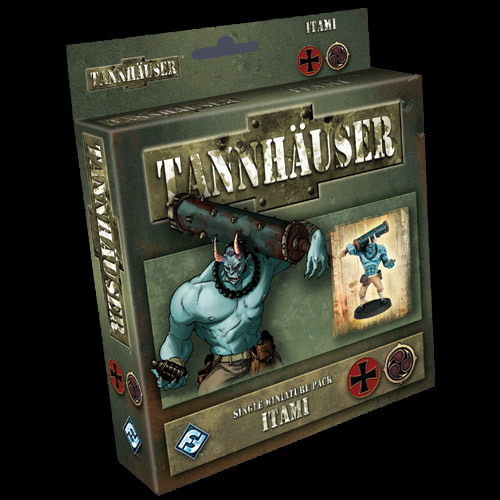 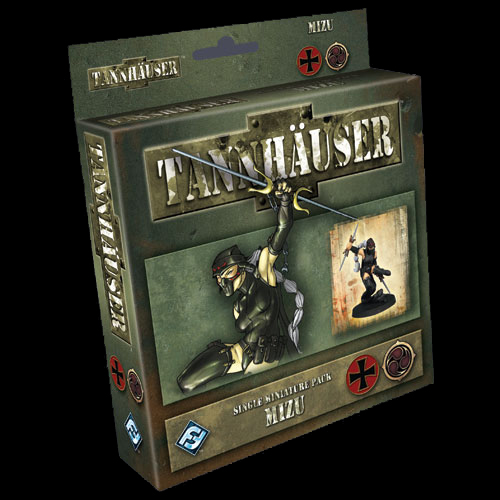