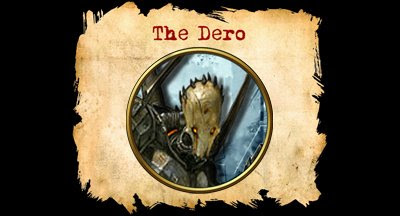 This month I thought I would share a work in progress; the Dero faction. The Dero are ancient constructs created by the Atlanteans after they retreated to the hollow earth (known as Agartha) a millennium ago.

Though they are mechanical, they possess organic brains encased in a metal frame, and communicate telepathically. Powered by the mysterious Vril energy harnessed from the smoky sun of the inner earth, they pilot the saucers that monitor the outer earth. 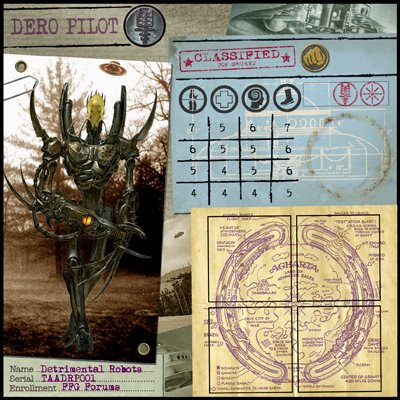 Agartha is said to reside in the Earth's core. It is an underworld realm populated by initiates lead by the "Ascended Masters" who are the Spiritual leaders of humanity. It is mentioned in various ancient texts, including the Tibetan Kalachakra Tantra. The Kirgiz people of Russia knew it through oral legends as Janaidar.

Shambhala (also known as Shambalah or Shangri-La) is said to be its colony. According to Alexandre Saint-Yves d'Alveydre (1842-1909), it is situated in the Himalayas in Tibet. He wrote about its secret location in his Mission de l'Inde en Europeä published in 1886. Worried he revealed too much he destroyed all but two copies of his book. 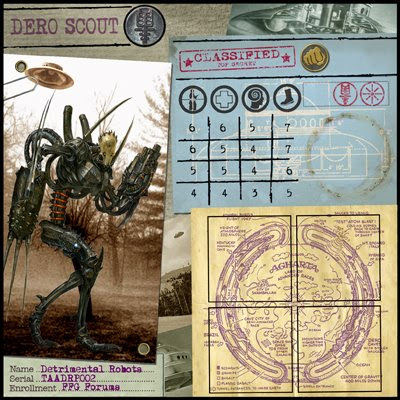 In The Smoky God, Willis George Emerson's 1908 biography of the Nowegian sailor Olaf Janson, it explains how Janson sailed through an entrance to the earth's interior at the North Pole where he lived for two years with the Agarthans.

The inhabitants of Agartha or the "Elder Race" as they are known, are said to have reservoirs of ancient knowledge and advanced technology far beyond that of the people who live on the surface of the planet. Millions of years ago, the cataclysm of the Atlantian-Lemurian war drove the Elder Race that populated the surface world, underground. 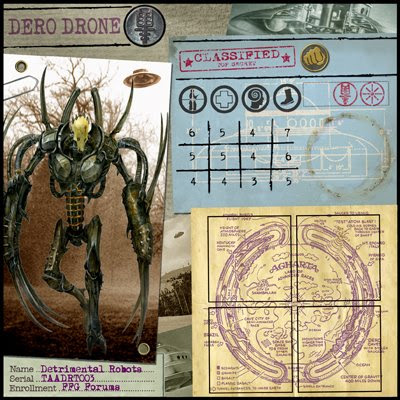 In 1945 Richard Shaver claimed he had been the guest of what remained of an underground civilization. He contended that the Elder Race, after a time of living on the surface, escaped underground, building huge subterranean complexes in which to live.

Eventually, they decided to seek a new home on a new planet, evacuating the Earth in spaceships, and leaving behind their underground cities populated by artificial beings: the Dero. It was these beings that Shaver claimed to have met. On July 3rd 1947, an unidentified flying object crashed near Roswell, New Mexico. The wreckage was transferred to the Area 51 where it was studied by the Union scientist Professor Himmelberg.

The Dero faction is composed of 2 Heroes (Pilot and Scout) and 1 Trooper (Drone), with the option to play 1 Hero and 3 Troopers. The pictures on the cards depict Storm, Assault, and Grim Golems from the AT-43 game by Rackham. You only need to choose 3 minis, from a single Therian pack, that differ enough to easily keep track of who's who.
All the equipment tokens and cards are finished. Once the play testing is complete, I will post the finished faction, available here on Savage Tales.

The Dero faction is a great idea, I have the AT-43 Golems and I´d like use it, so, have you tested the powers, tokens, yet?.

I will post the Dero in the near future, I haven't abandoned this.

Thanks for the reminder!

I haven't forgotten about the Dero, expect a follow up in the near future.