The U-Chronic History
of
Roger the Homunculus 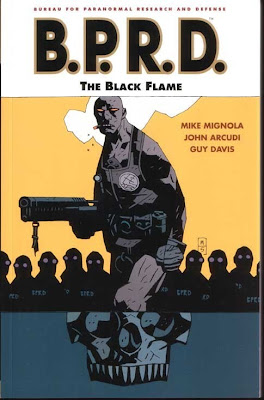 What can be said about our dear departed Roger...

He was a kind soul that we cannot believe is truly gone because he was dead when we met him. Even though he was blasted to bits in The Black Flame, we know he will return, but only when the time is right and when Mike Mignola and John Arcudi figure out why he needs to come back. 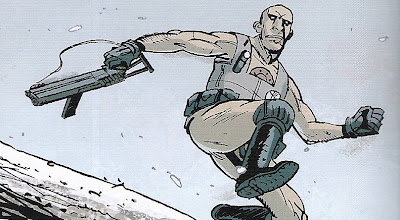 It is easier for us in the U-Chronic world, because history has changed. Roger was not discovered in March 1997 by Liz Sherman, but instead found in 1947 by Trevor Bruttenholm and Hellboy in the ruins of Czege Castle. Hellboy calls the inanimate homunculus Roger. They brought him back to Connecticut where he is put in storage.

Less than a year later, a teenaged girl is brought in to the BPRD HQ. The girl get loose from her handlers and escapes down into the storage catacombs of the base. The agents chase her down and in her fright she explodes in a massive fireball. The agents are killed, but the girl and Roger survive. 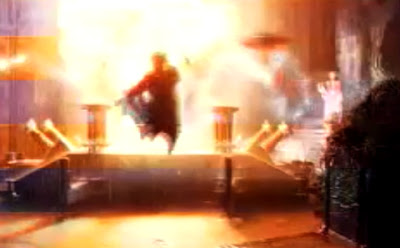 The energy seems to have jump-started Roger and he comes to life. It doesn't last long, but the BPRD scientists soon fit a generator to his chest hole and power him back to life. Only at the highest levels of the BPRD is it known that there is a bomb contained within the generator.

Roger learns that in times of war people move up quickly. He becomes an agent in the fall of '49. 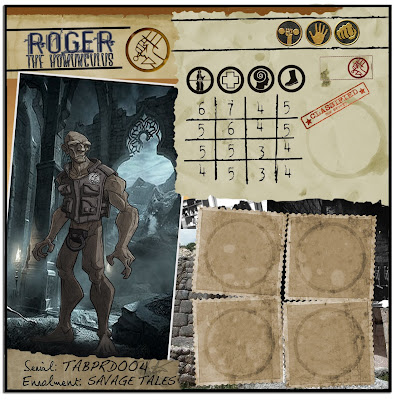 SPECIAL OBJECT
The Secret Bomb - The BPRD has hidden a bomb in Roger's Power Cell. Roger has a Power Cell even if the BR-66 Power Cell is not chosen.
The BPRD will explode the bomb automatically under the following circumstances: 1) If Roger kills a BPRD or Union figure the bomb will go off on the first turn that Roger does not share a path with a BPRD or Union figure. If Roger attacks another BPRD or Union figure the bomb explodes instantly, negating the attack. 2) If exploding the bomb has a chance of winning the game for the BPRD on that turn; i.e. if detonating Roger could kill all of the opponents figures and not kill the majority of the Union or BPRD figures on the board. When the bomb explodes all figures on Roger's path are attacked with 6 dice and regardless of the Shock Roll results will take at least 1 damage.
Roger has a standard Power Cell if the BR-66 Power Cell is not chosen. 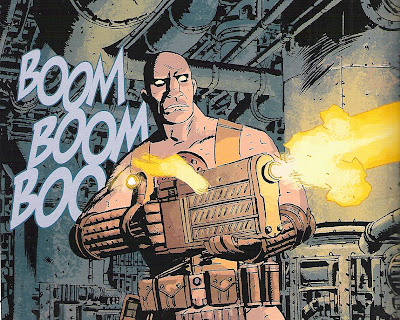 Edison .75 Gauss Assault Gun "Tornado" - This is the most powerful hand-held weapon in the BPRD arsenal.
Type: Heavy Weapon - Each Natural 10 rolled results in 1 additional hit.
This weapon can only be carried by figures with Incredible Strength, Supernatural Strength, or have the Athletic Skill.

My custom additions to Tannhäuser are not created by, distributed, or endorsed by Take on You, Asmodee, or Fantasy Flight. Tannhäuser and all related characters are trademarks of Take on You and © Take on You LTD. Roger the Homunculus is trademark and © Mike Mignola. All Rights Reserved.
Posted by Pete Miller at 1:15 AM