AEG showed off the Dust Tactical Miniatures Boardgame at the GAMA tradeshow last week in Las Vegas.
The LivingDice blog has been running a series of convention reports and had a couple of nice pictures of the Dust Game from AEG. I've done some cropping and such, so here are the pictures. 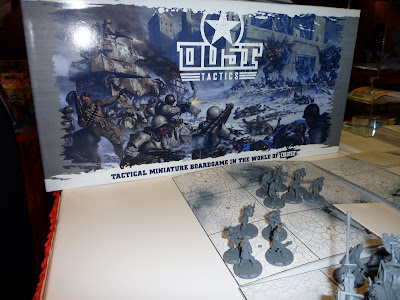 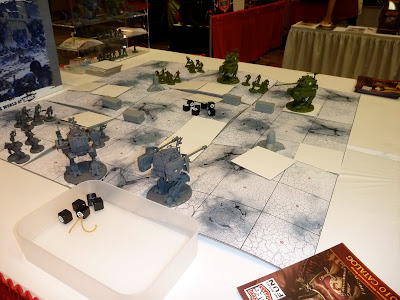 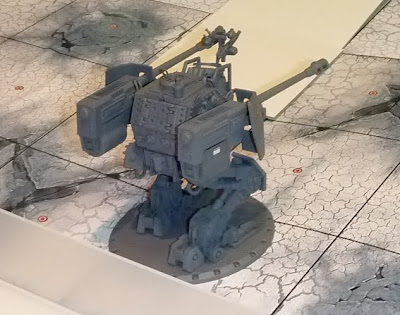 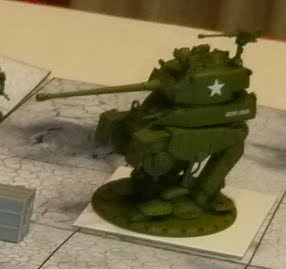 It looks like the game will be played on tiles or a paper mat. The Mechs and figures look great. Four Mechs and thirty figures plus the containers and the communication relays. This looks like a great starter set.
Thanks, Living Dice Blog!

AEG has also added a few teasers to their site. Dust Tactics will be available at GenCon and then see its full release in September. There are a number of expansions lined up as well. November 2010 will have the Artillery Strike expansion followed by Blutkreuz Attack in January 2011 and Battle for Britain in May.

Enjoy these teasers from AEG and Dust Tactics. 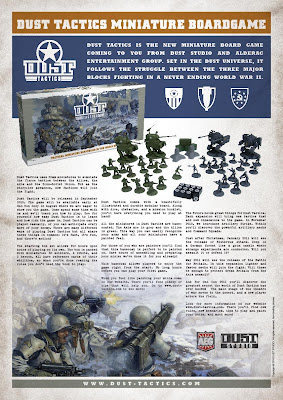 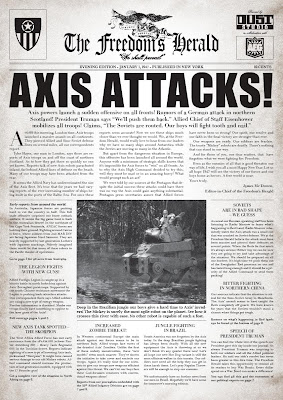