Saturday is the big day at Comic Con. Big crowds, lots of costumes, lots of stars. I missed the Warner Bros panel in Hall H, but Blake Lively and Ryan Reynolds were on the main hall floor in the Warner's booth signing.

After Warners was the Sony Panel on Resident Evil: Afterlife, followed by the stabbing, followed by Universal, and then Marvel and the full complement of Avengers. 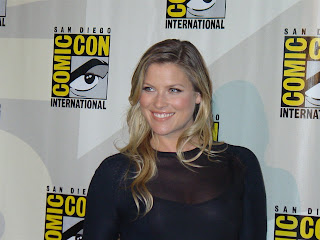 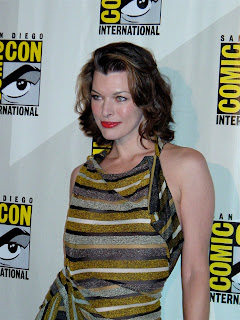 Universal presented a new SF comedy, Paul, about an escapee from Area 51. 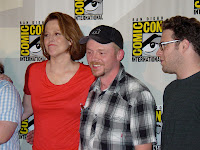 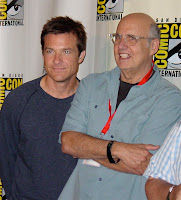 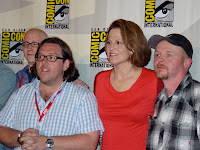 Next up was Cowboys and Aliens, a big budget directed by Jon Favreau. The most thunderous roar of applause I have ever heard at a Comic Con event accompanied the introduction of Harrison Ford to the crowd. 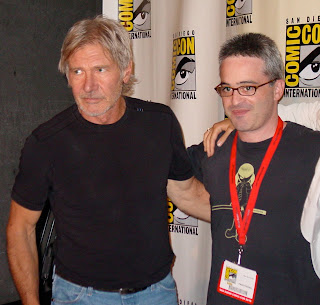 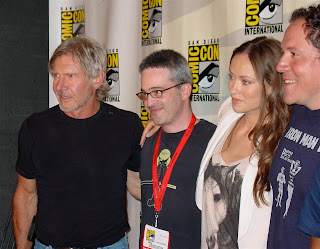 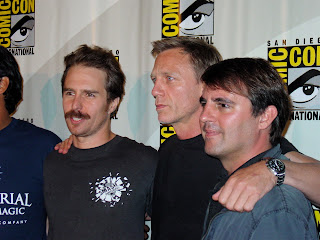 Marvel had their panel last and ended with the cast of the Avengers. I think the crowd may have been caught by surprise by the announcement and all the stars were there. 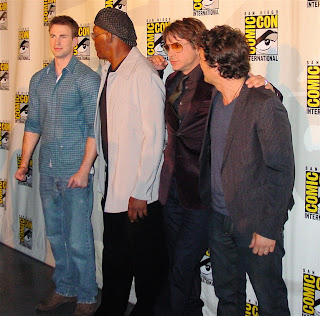 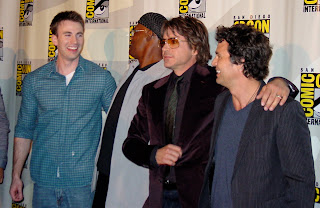 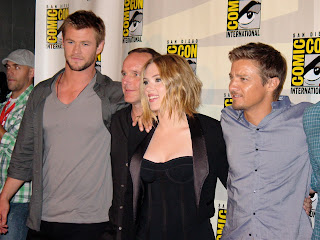 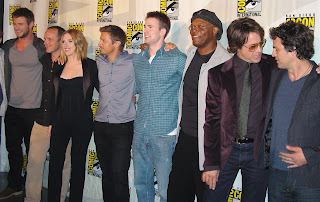 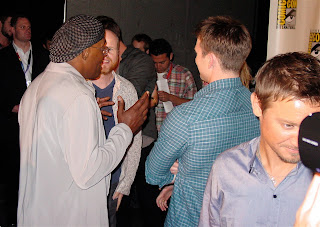 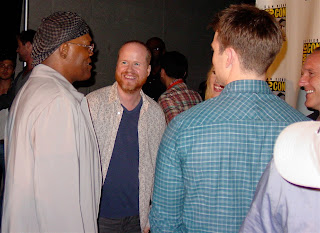 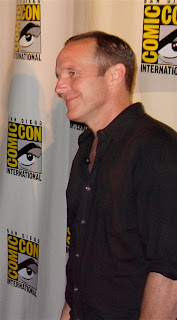 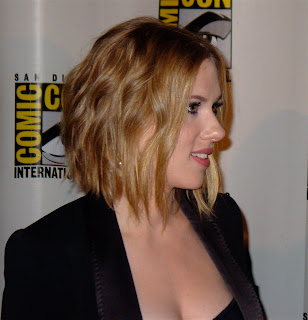