The people are arriving. Today was much more crowded than yesterday and I expect the crowd to build dramatically tomorrow.
I purchased the Boilerplate book and Mouse Guard book 1 and I got some sketches.
There are still far fewer costumes than last year, but maybe they will arrive over the weekend, we are still not in full swing yet. 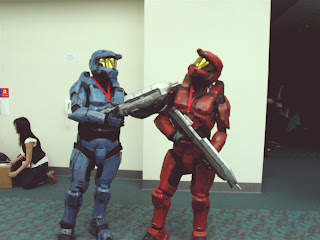 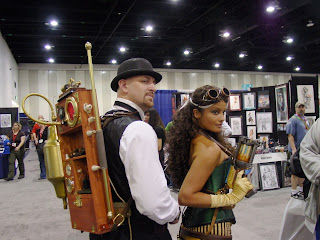 
Battle: Los Angeles, a SF thriller was on hand as well, supported by Director Jonathan Liebesman, and actors Aaron Eckhart and Michelle Rodriguez.

For some reason Pauly Shore was on the main floor of the big hall being interviewed by Telemundo.