Dust Tactics - Official Cards With an AT-43 Twist

So here is another project - like I don't have enough to do. Dust Tactics from Fantasy Flight Games is a board game / miniatures game hybrid from Paolo Parente's Dust Games. It is set in an alternate history World War 2.
I have purchased figures for a lot of games, AT-43 among them. So To increase the available forces I am making cards for the AT-43 figures. Oddly, the Red Blok seemed to fit the best, even though I don't have that many Red Blok figures. I ended up using all but one.
Here is the first card. The stats are unchanged from the official ones. I have made both a USA and a Russian version.
In the fullness of time there will a full complement of these... I'd like to thank the Dust Tactics: The War Continues blog for posting the cards. There are also blank cards up on BGG. 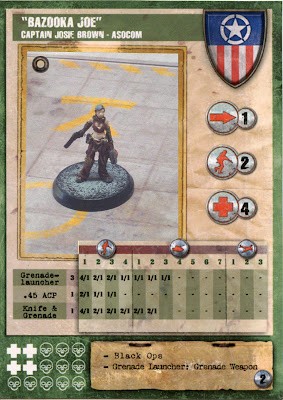 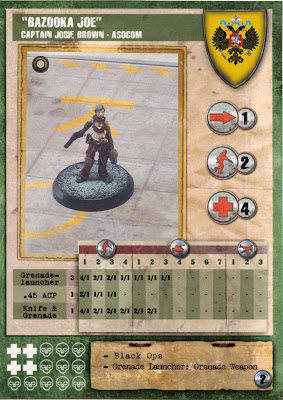 For my own use, I'll probably use the one with the Tsar's crest. The figure used is AT-43's Red Blok Odin. She comes in a pack with Manon and the Urod walker.
Posted by Pete Miller at 10:11 PM