Pulp Film of the Week - Call of Cthulhu 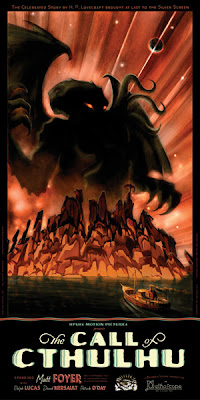 A few days after seeing The Artist I was trolling Netflix and came across "The Call of Cthulhu", a film from 2005, that I had seen in the dealer halls of several conventions. Being an old H.P. Lovecraft fan I clicked "Watch Now". Much to my surprise, I was watching my second silent film of the week. 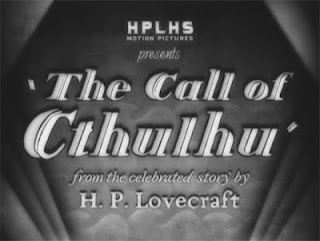 The H.P. Lovecraft Historical Society produced the film and have also produced a film of "The Whisperer in Darkness."
In "Call of Cthulhu", Matt Froyer stars as the man compelled to follow the trail to the bizarre island of R'lyeh.in the Antarctica.  He does a passable job, but the real charm of the film is the dogged determination to make the fim look like a relic of the silent era. 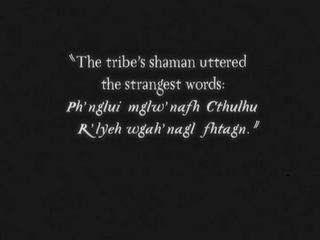 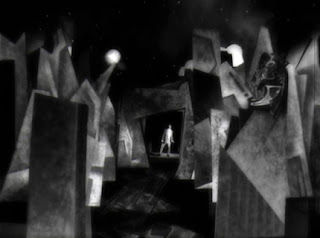 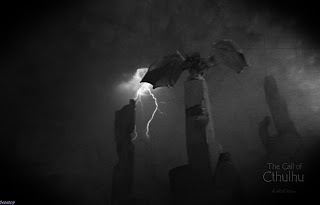 Scratches, dirt, and jump cuts contribute to the effect. Director Andrew Leman also uses forced perspective, miniatures, and surreal images to enhance the mood of this 45 minute film. While "TheCall of Cthulhu" fails on several levels, the overall effect is charming.
As far as I know, this is the only film adaption of this Lovecraft work.