Pulp Film of the Week - The Hunger Games 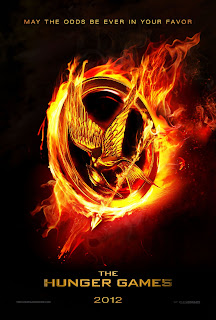 Spoiler Alert - For those of you that can hear no ill toward your favorite franchise please read no further. I did not love The Hunger Games movie. I liked it, but did not love it.

So now you're waiting for the hammer to drop, right? Well here goes. I really felt like we only got to see half the movie. Not that we saw the first half or the second half, but that there is another hour or two sprinkled throughout. Hopefully, there will be an extended version on BluRay just before part 2 comes out.

We also don't get to know any of the contestants (besides Katniss and Peeta) very well with only a little time with Rue. The Capitol people behind the scenes of the games are played very well with Woody Harrelson, Stanley Tucci, Donald Sutherland, and Elizabeth Banks  giving especially good performances.

Jennifer Lawrence was also quite good, but sadly the movie didn't really give Josh Hucherson much to work with.

And then there is Lenny Kravitz as Cinna, Katniss' personal stylist and cheerleader. Kravitz was outstanding, truly an Oscar level bit of acting. 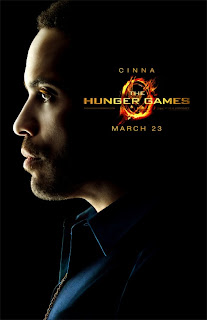 So, all in all, The Hunger Games did what it did well, it just did far too little. I don't see how a book as short as this one got so short-changed. I thought the Harry Potter movies played better and those books are much longer. I just didn't feel that the characters were established before they were thrown to the lions. Especially Gale.

Maybe the extended version Blue Ray will play better. If you haven't read the books I'd love to know what you thought of the movie.

The positives are that the film looks great. The training sequence is well done as is the majority of the Hunger Games scenes.  The production design, costumes, cinematography and editing are all great. Jennifer Lawrence, Stanley Tucci, Woody Harrelson, and Donald Sutherland all provide excellent performances. Elizabeth Banks is a hoot.

I'll give The Hunger Games movie a 6.5 out of 10, but I'm guessing there could've a 9 in there somewhere if the characters had been set up better. I hope a longer version appears in the future.