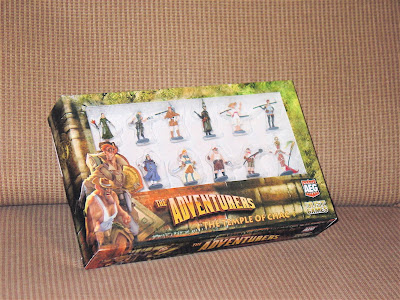 I think that The Adventurers is a very fun game. During production AEG made a choice to not paint the figures to keep the cost down. After all, there are 12 figures with this game and they did not want a fun, family oriented game to retail for $70. 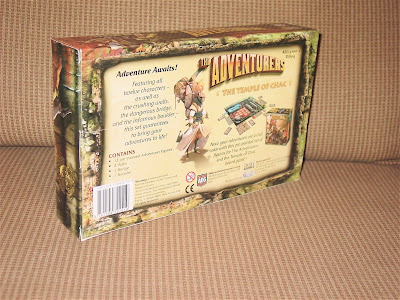 But they did want to give players the option of paying extra to get the painted figures, so they have released on their website a pre-painted pack for $30. While that may seem high, 12 figures plus 2 walls and the bridge is actually a good price. If you get the combo pack with the full game and the pre-painted pack the price is $70. 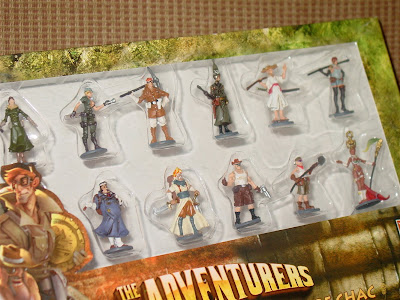 Is it worth the price? Yes. Compared to other pre-painted figures these are reasonably priced. The following price comparison does not include tax or shipping for any of the selections. Just counting the figures you get 12 Adventurers figures for $30. That's $2.50 per figure. Heroscape is $2.15 per figure. AT-43 is $5 per figure. Tannhäuser is $13 (but you get a card and a bunch of tokens - still high.) 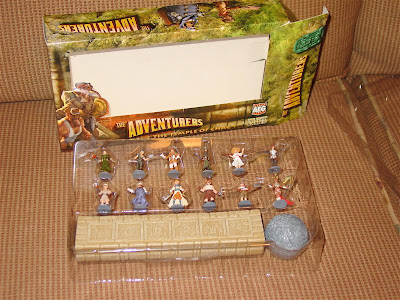 With the Adventurers pack you also get the walls, boulder, and bridge painted, but for me those aren't different enough to be worth inclusion. I think they could have skipped those parts and just made the figures five bucks cheaper and everyone would be happy. 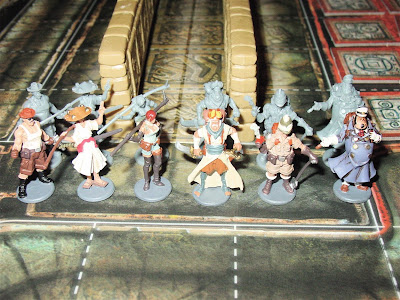 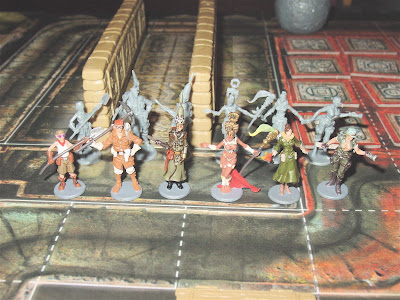 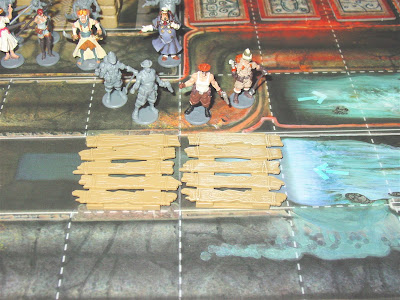 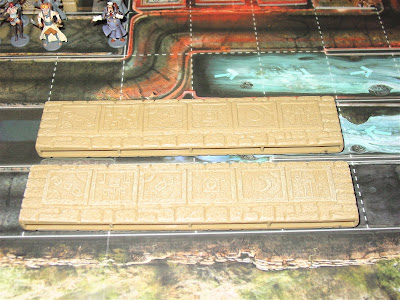 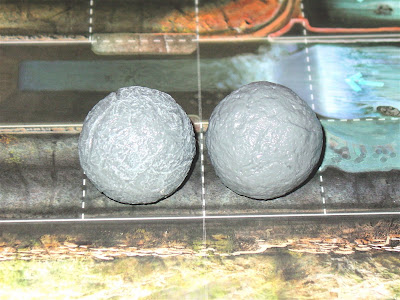 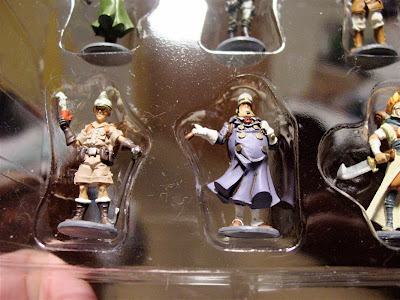 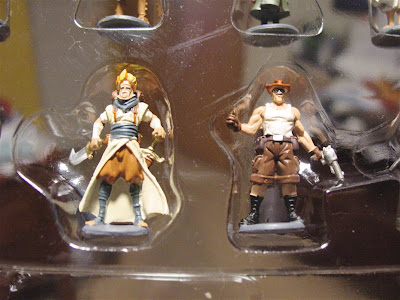 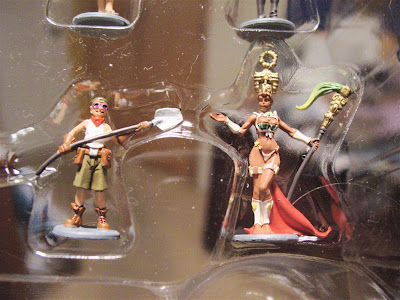 I bought the pack and it was delivered promptly. I have played four times with the unpainted figures and really like the game. However, using the painted figures is even more fun. It is really easy to tell them apart and the colors help give the game more personality. I love them and my customs brain wants to make Tannhäuser characters out of them. They would also be great for any Pulp themed rpg or for Heroscape.
In my opinion, these are some of the best pre-painted figures on the market. The quality matches that of Tannhäuser and the best of AT-43.
Posted by Pete Miller at 1:36 PM

great review, thanks.
just one note (just to have a common reference for prepainted minis quality, I absolutely don't want to start a fight, or being polemic): I don't think Tannhauser minis are the best example of prepainted minis on the market (sure HeroScape are better, and Monsterpocalypse are (IMO) currently the better pre-painted minis on the market. have you checked them?).
so, if these are the quality of Thannauser ones, (and looking at pics they are) I feel they will need some retouching...
anyway, thanks again for the review!

I guess these could be used outside of the boardgame itself, let's say as Tannhäuser custom or even ina Pulp-based pen and paper RPG.
Good job AEG !

Anonymous - Thanks for reading!

I don't think that Heroscape is the best example to use for pre-painted figures because of a couple of issues. First off, they are a bigger scale than the most commonly used size and second, they have a completely different look than other minis. Don't get me wrong - I love Heroscape - I played this weekend. AT-43 and Tannhäuser have the closest scale and style.

I hadn't even thought about the MonPoc figures. They are great, but a whole different thing. It's not like you would be mixing them :)