From AEG - As posted to Table Top Gaming News:

Alderac Entertainment Group will publish Dust: Tactics, a tactical-scale miniatures game, in conjunction with Dust Studios this summer. The game is set in a “what if” historical sci-fi world in which World War II did not end in the way we remember. Instead, new technologies recovered from an alien spaceship found by the Germans have created a very different and violent world. Mechanized walking armored vehicles interact with infantry carrying more recognizable historic weapons. 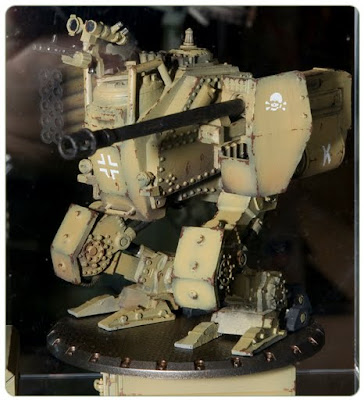 Dust Tactics uses 30mm scale miniatures with a WWII sci-fi feel. The first boxed set includes 30 miniatures, 4 mechs, and 2 heroes: enough to field both an American and a German force. A modular board allows for custom battlefields. The miniatures included will already be prepped, assembled, and base-coated (in US green and German gray), allowing them to be easily used out of the box. Or, players can take advantage of the pre-prepped minis to paint their own armies. 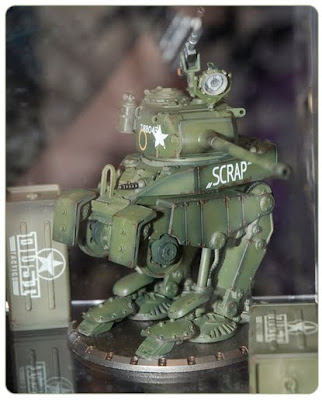 Future releases in the line will include forces for other nationalities, such as Soviet Russians and Imperial Japanese, as well as expanded weapons and strategic options, such as artillery and command squads.


I am looking forward to seeing this game for a number of reasons. The figures look great. The Weird War background is awesome. I have wanted those tanks for years. I can't wait to get this into my hands and onto the game table.
Posted by Pete Miller at 5:23 PM

Is this the same scale as WH40K?