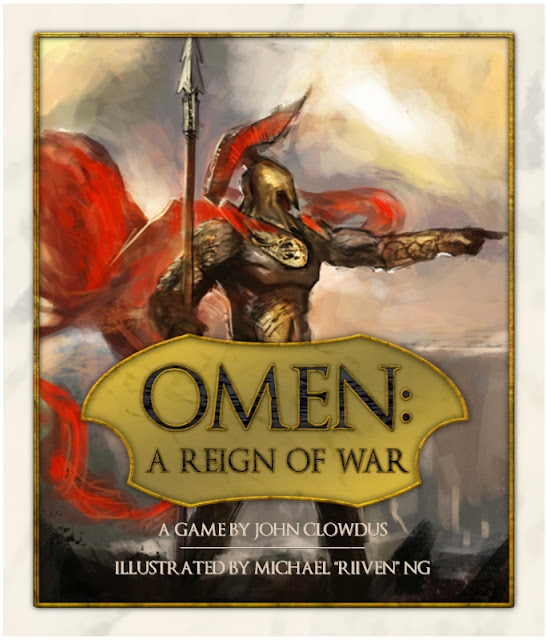 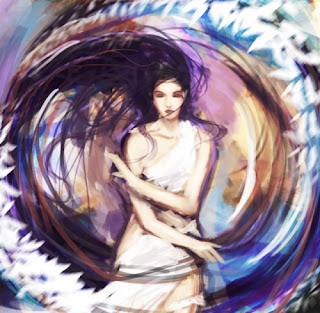 Small Box Games has produced an astonishing number of good games in the few years they have been publishing. In three and a half years Small Box Games has published 35 games. The number is surprising because this is literally a Mom and Pop operation with John Clowdus and his wife being the company.
Politico, Seii Taishogun, Elemental Rift, and Dirge are some of his more popular games.
The games are simple, yet strategic, compact, and inexpensive. You get a lot for your money with Small Box Games. If there have been any criticisms of the Small Box games, it has been that the graphic design is functional, if not always beautiful. The games are known for the play and not the chrome. 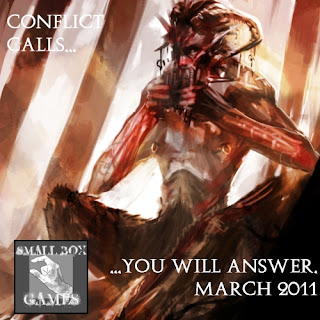 Well that has changed with their newest game, Omen: A Reign of War. After reading the rules and getting a peek at some of the cards and the art, Omen looks to be a home run in terms of both game play and appearance. John's tight but strategic rules and clean graphic design have combined with the beautiful art of Michael "Riiven" Ng to create a gorgeous game. 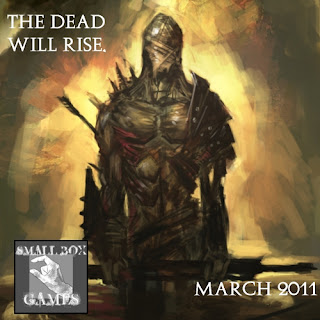 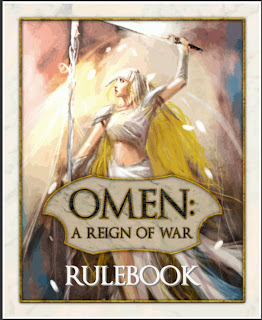 In Omen, each player is vying to take control a number of cities in Greece. Using a combination of cards and coins, the players challenge each other for victory. The players use Rewards, Feats, Soldiers, Oracles, and Beasts to build their power and dominate the world. 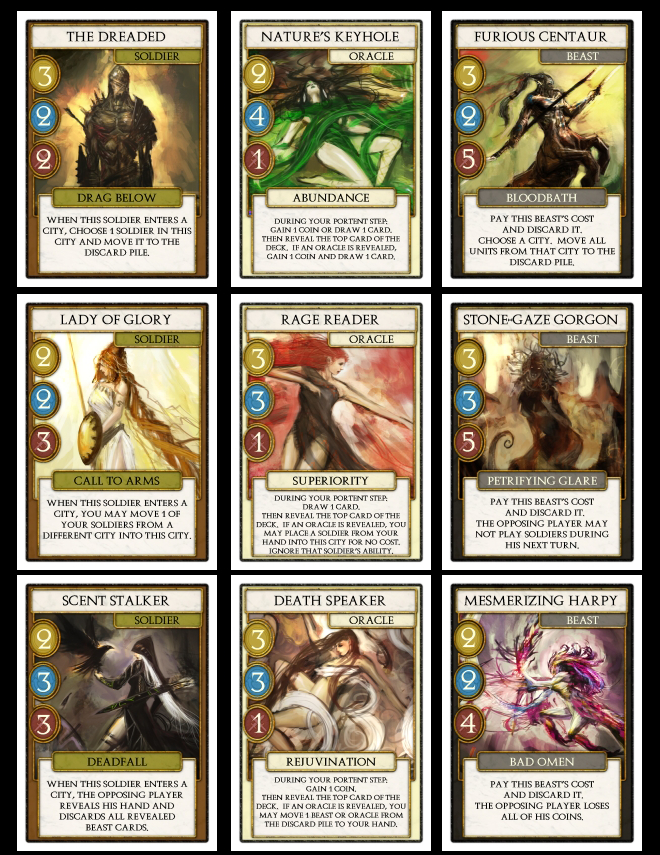 Omen: A Reign of War will be released soon, with pre-orders opening up tomorrow, March 7th. Check it out at Small Box Games.
Posted by Pete Miller at 11:09 PM