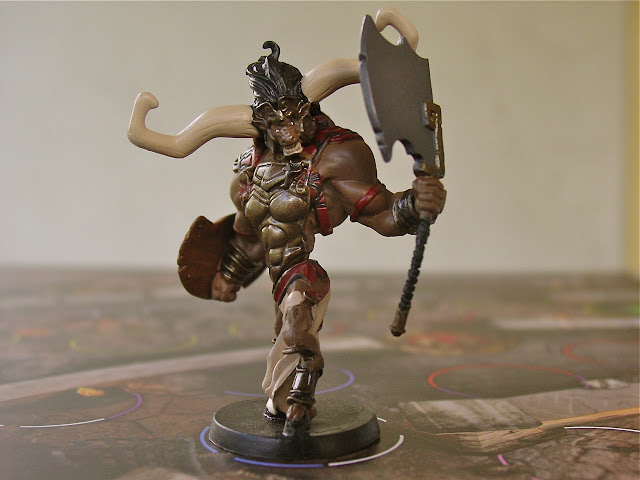 My local shop finally got in their supply of Asteros and I have him in house! This oversized figure comes in a slightly larger box, and gets 5 life instead of the usual 4. He is an Epic Hero and replaces both a Hero and a Troop on a team. 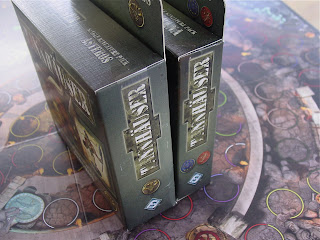 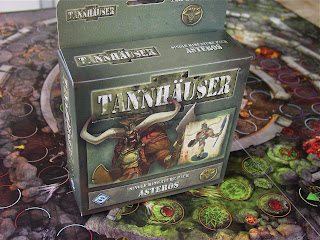 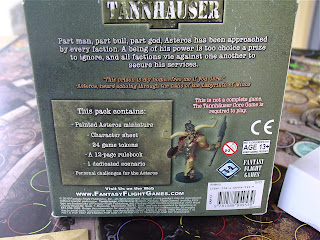 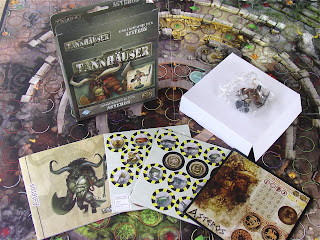 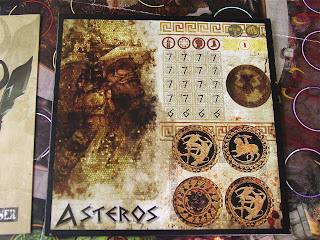 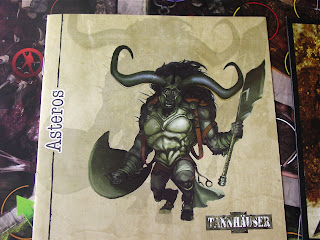 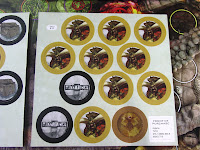 As you can see, Asteros is a beast. His stats are epic and his abilities can crush opponents. He may Bull Rush any number of opponents. He may make a Charge attack - knocking his opponent back from the impact.
Asteros' massive battle axe, Labrys, can be used adjacently or it may be thrown, but only an Epic Hero can pick it up.
Asteros other tokens provide additional support and options. 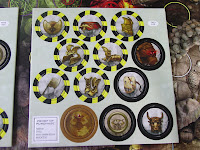 His armor prevents damage. His Bracers allow him to make two attacks. His Anklets allow him to sneak up on waiting forces, ignoring their overwatch, and allow him to trade his action for an additional turn of movement.
His shield allows for an epic 8 on his Stamina and you can always re-roll the lowest die. 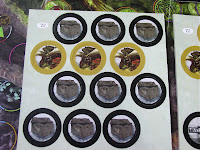 Asteros' belt will let you use any Natural 1 rolled against you to also cancel a success rolled.
When wearing his helm, you may counter attack once per turn without spending a Command Point.
And finally, Asteros is so frightening that his Command Pack forces his enemies to subtract 3 from their initiative rolls. 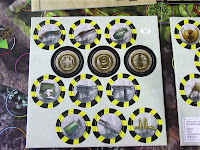 Asteros also gets a full set of Challenges. These, when completed, provide additional Command Points.
This expansion also includes 3 crate tokens, 2 bonus tokens and one scenario.
The bonus tokens are the Mask of Samhain that forces an opponent to defeat you in a mental duel before they can attack you, and the Shame of Minos which punishes an opponent that uses mercenaries against you (including the minotaur).
All in all, this is a nice package and I'm looking forward to trying Asteros out. 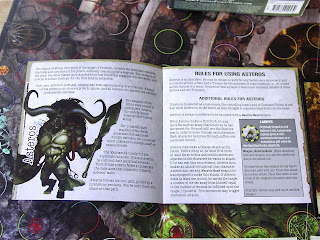 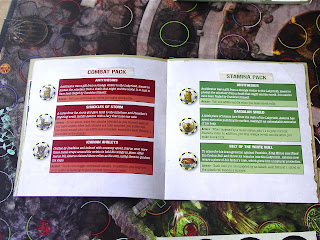 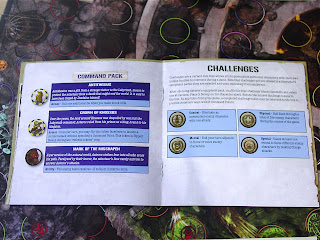 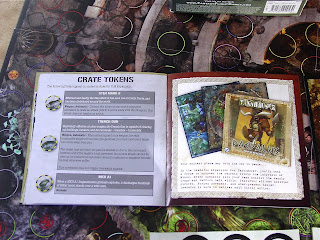 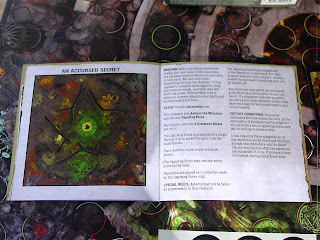 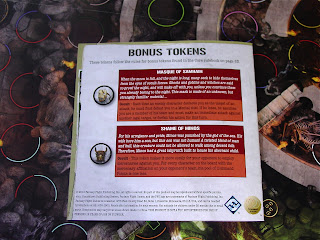 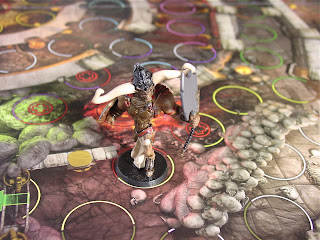 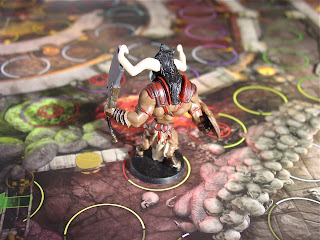